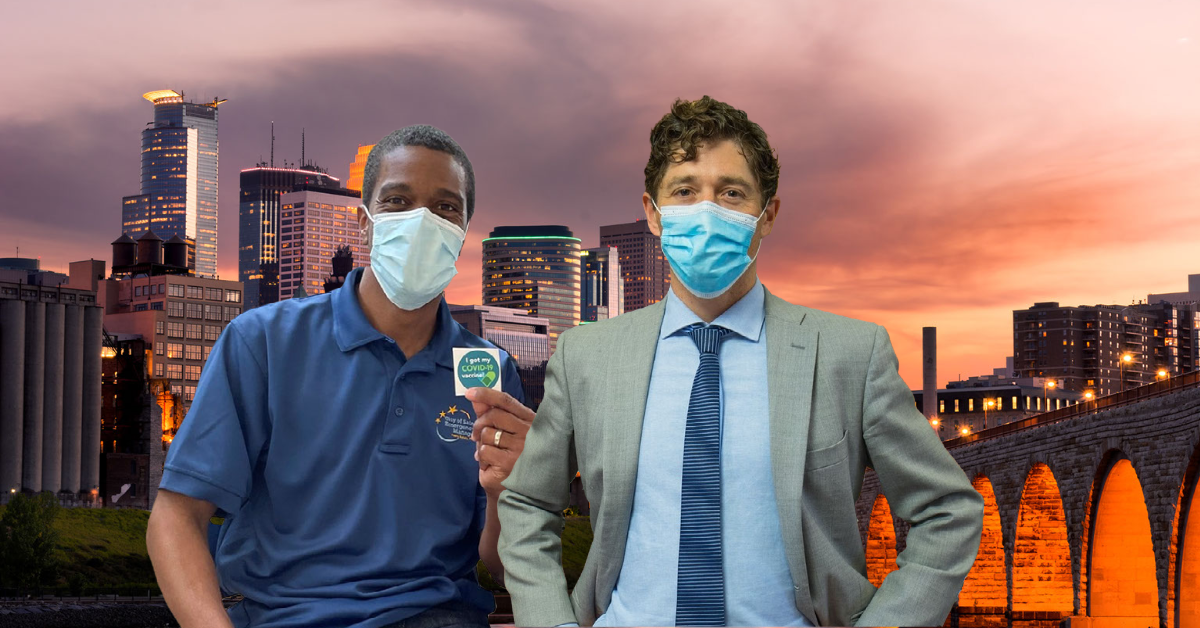 In a coordinated effort on Thursday, Mayors Melvin Carter and Jacob Frey of St. Paul and Minneapolis respectively ended their mask mandates on businesses while leaving it in place for public buildings. This long overdue action comes weeks after the cities gave up their vaccine requirement.

Many Twin Cities residents may be surprised to learn that this mandate was still in effect! I’ve been going about my shopping at small stores and restaurants in Minneapolis both without a mask and without a vaccine passport – and nobody stopped me!

This move was likely made for two reasons. The first being that enforcement of these mandates has been spotty at best, with many businesses deciding to rebel against this overreach. The second being that both mayors saw the polls, and realized the public is no longer on their side.

FiveThirtyEight has President Biden at a measly 42% approval as of 2/24, while Democrats nationwide are running at a poor 42.5%. Clearly the hysteria surrounding masks and vaccines has taken a toll on the public; who are now turning against Democrats en masse.

If Carter and Frey are reacting to polls from the two most liberal cities in the state, Democrats MUST realize that they are in trouble come election day 2022.