US Court Agrees With Impeachment Charge Of Walz

US Court Agrees With Impeachment Charge Of Walz 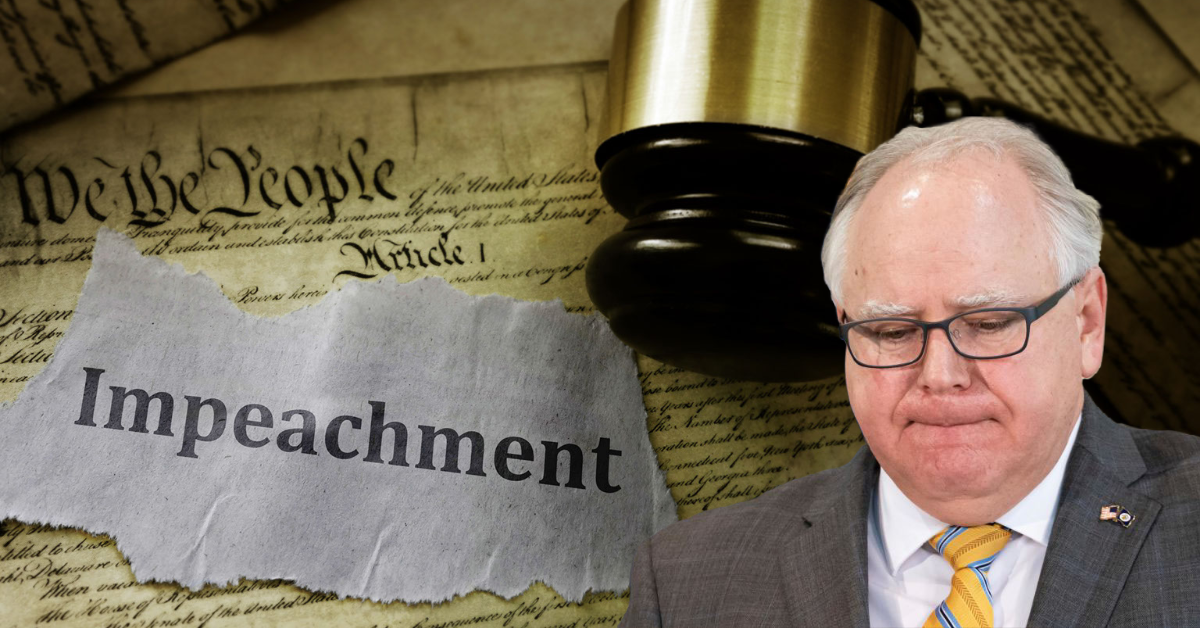 For years now, Minnesotans from nearly every walk of life have been trying to hold Governor Walz accountable for his far-reaching and unprecedented executive orders. This includes Articles of Impeachment against Walz, which were introduced in 2021.

With a single stroke of a pen, Walz affected untold millions of Minnesotans by shutting down businesses, churches, and schools. Since his initial lockdown orders, he has fended off nearly every lawsuit…

In a ruling that was published on April 5th, the US Court of Appeals reversed a lower court’s ruling that dismissed a case against Walz for his March 23rd, 2020 eviction moratorium (EO 20-14).

By reversing the dismissal of this case, the Appeals Court states that they believe Heights Apartments has a case against Walz under the Contract Clause and Takings Clause. This is huge.

The Articles of Impeachment against Walz call out his eviction moratorium under Article IV, lines 5.1-5.10:

Governor Walz banned evictions (Executive Order No. 20-14, Executive Order No. 20-73 band Executive Order 20-79), injuring property owners by eliminating the ability to collect rents due, and by undermining the ability to maintain properties or benefit from the income the property owner would otherwise expect to receive from the property. The injuries amount to a taking of property without compensation, in violation of the United States Constitution and the Minnesota Constitution. By taking property, Timothy J. Walz violated Minnesota Statutes, section 12.34, subdivision 2, which provides that if property is commandeered during a state of emergency that "the owner of commandeered property must be promptly paid just compensation for its use and all damages done to the property while so used for emergency management purposes."

Governor Tim Walz must be impeached for his crimes in office. His actions have harmed countless Minnesotans, who are awaiting justice.

Tell your legislators to co-sponsor Articles of Impeachment. Then, sign the official impeachment petition!