Walz Brags About Teaming Up With RINO Tim Pawlenty

Walz Brags About Teaming Up With RINO Tim Pawlenty 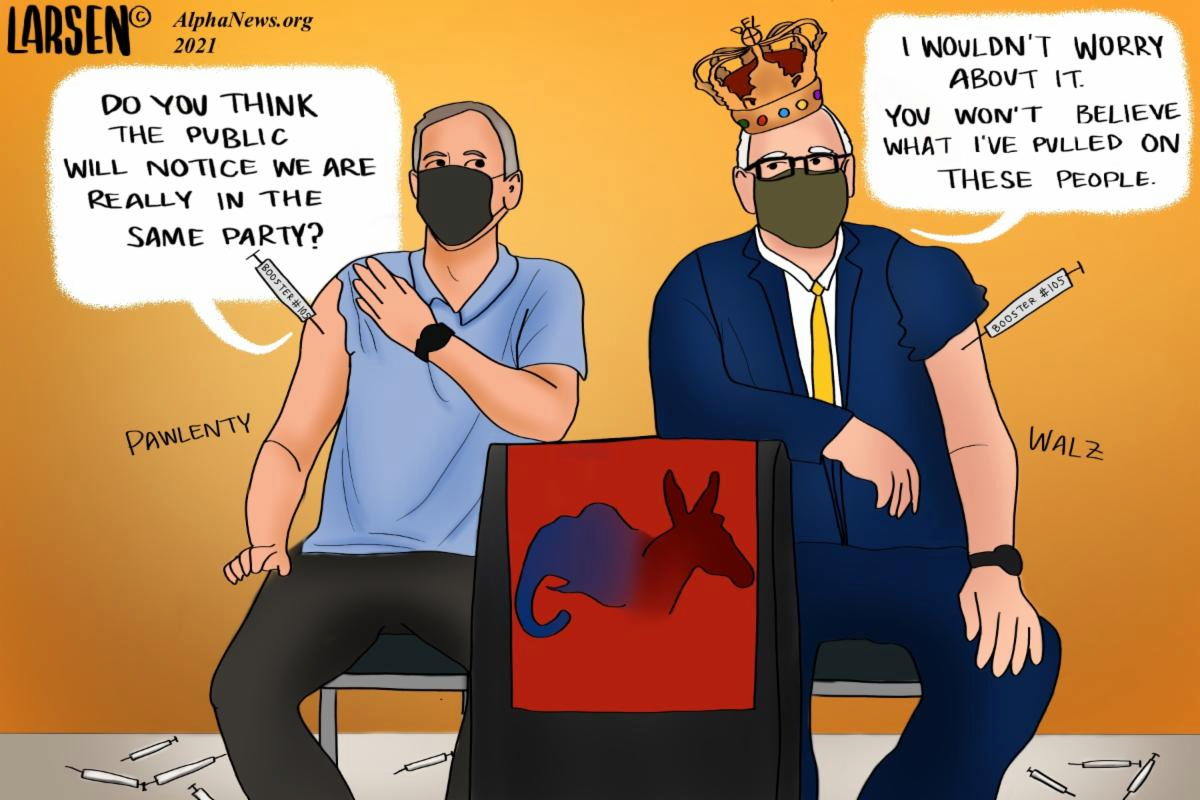 Governor Walz has nearly done everything he can to push the Covid-19 vaccine on the people of Minnesota. From bribing your children with $200 gift cards, to mandating it for state employees… Walz will not rest until every Minnesotan is pressured into getting this vaccine.

Now, Walz has teamed up with a disappointment of a Republican Governor, Tim Pawlenty. Last Tuesday, Walz and Pawlenty both put on a show for the press by receiving their Covid-19 booster shots. Pawlenty served as Governor of Minnesota from 2003-2011 and again ran for the Republican nomination for Governor in 2018, only to lose the primary to conservative candidate, Jeff Johnson.

By teaming up with Pawlenty, Walz believes that he is making the subject of Covid-19 boosters a bipartisan, commonsense issue. He does all of this despite the fact that top FDA officials resigned over the plan to roll out booster shots.

Here’s a message for Governor Walz – Tim Pawlenty does not speak for conservatives, nor does he speak for anyone who believes in health freedom. The choice to receive a vaccine or booster must be made by the individual, not politicians.