You can read their official statement below: 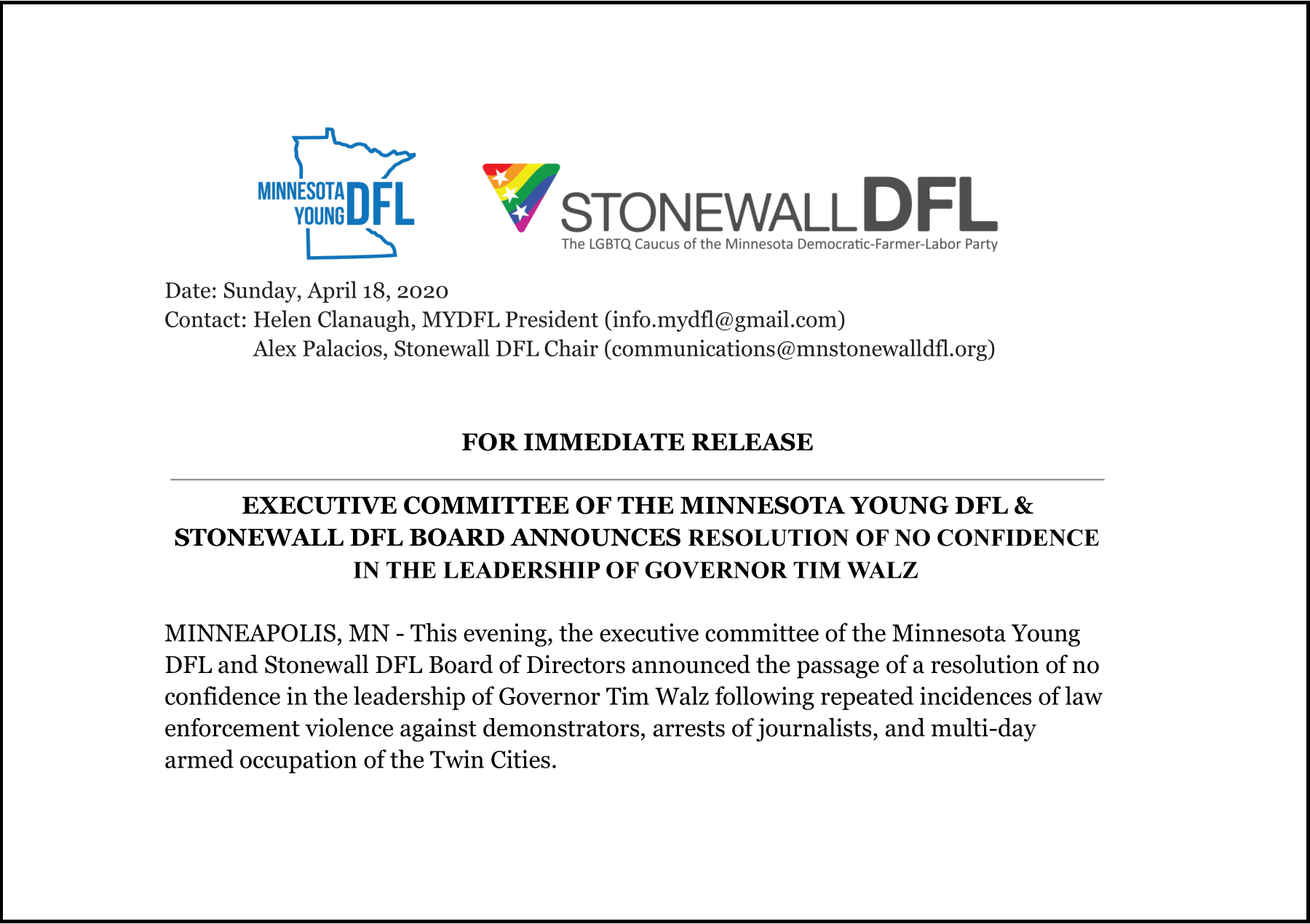 Both groups have expressed their displeasure with Walz’ handling of the Brooklyn Center tragedy that occured last week. Though these groups appear to have been fine with Walz’ abuses of executive power for the past year, it’s good to see them take a stand against him now.

It has become abundantly clear that Walz is losing all kinds of support. If both sides of the aisle continue to condemn Governor Walz, they may move to Impeach him for his misconduct. Representative Erik Mortensen has introduced Articles of Impeachment against Governor Walz for his overreaching executive orders that have harmed the people of Minnesota.

The political establishment has refused to give credence to Mortensen’s Articles of Impeachment, despite bipartisan grassroots displeasure with Walz. Sign on to the Impeachment Petition now to send a message to your lawmakers. Impeachment MUST get done.

Then, send this article to all of your friends and family. It’s clear that Walz is not getting the support he needs to stay in office, and the NSLA grassroots army of Minnesota needs to keep the pressure up.