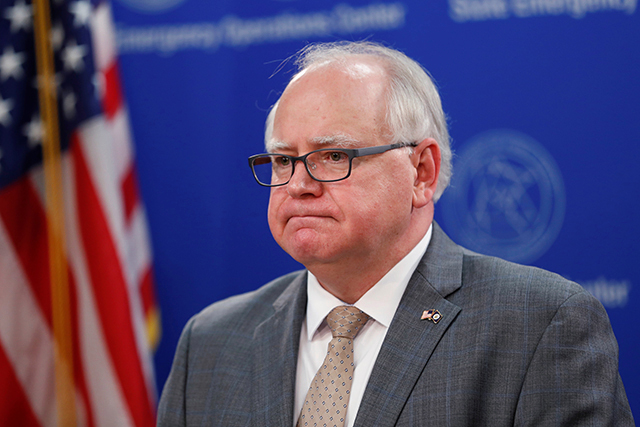 Governor Tim Walz had no authority to assume his kingly emergency powers in March of 2020. Groups like North Star Liberty Alliance have been educating Minnesota voters on this fact from day one, and Tyrant Tim is starting to feel the pressure.

You see, Governor Walz points to Chapter 12 of the Minnesota State Statutes to derive his unilateral law making ability. The problem is, the Minnesota Legislature revoked the governor’s ability to declare a pandemic-related emergency all the way back in 2002. Despite this, Walz has plowed ahead with lockdowns, shelter in place orders, school closures, vaccine mandates for state employees, and more.

After facing pressure from voters, the Minnesota legislature finally voted to revoke the current “emergency” in July. Despite this rebuke of Walz and his executive edicts, the far left is begging him to re-up these powers to institute more mandates and lockdowns.

As if someone reminded him that he will be facing re-election in less than a year, Governor Walz told members of the media on Wednesday that declaring a new executive emergency would be political suicide.

If Tyrant Tim once again put on his emergency powers crown, he stands to lose his Health Commissioner, Jan Malcolm. Activists have begged the squishy Republican Senate to fire Commissioner Malcolm for her role in the lockdowns and school closures of last year. If he declared a new emergency, he would be required by law to call a special session in which Republicans would have their chance to fire her.

Walz is not in a comfortable spot, and it’s thanks to activists like you. Because you showed up to protests, wrote and called your legislators, and contributed to groups like NSLA, Walz is fearing for his political life. If you want to see Governor Walz pay for his corrupt and tyrannical actions over the past two years, then please sign the petition to Impeach him.