Governor Walz Silent On Hundreds of MN Guardsmen To Be Discharged

Governor Walz Silent On Hundreds of MN Guardsmen To Be Discharged 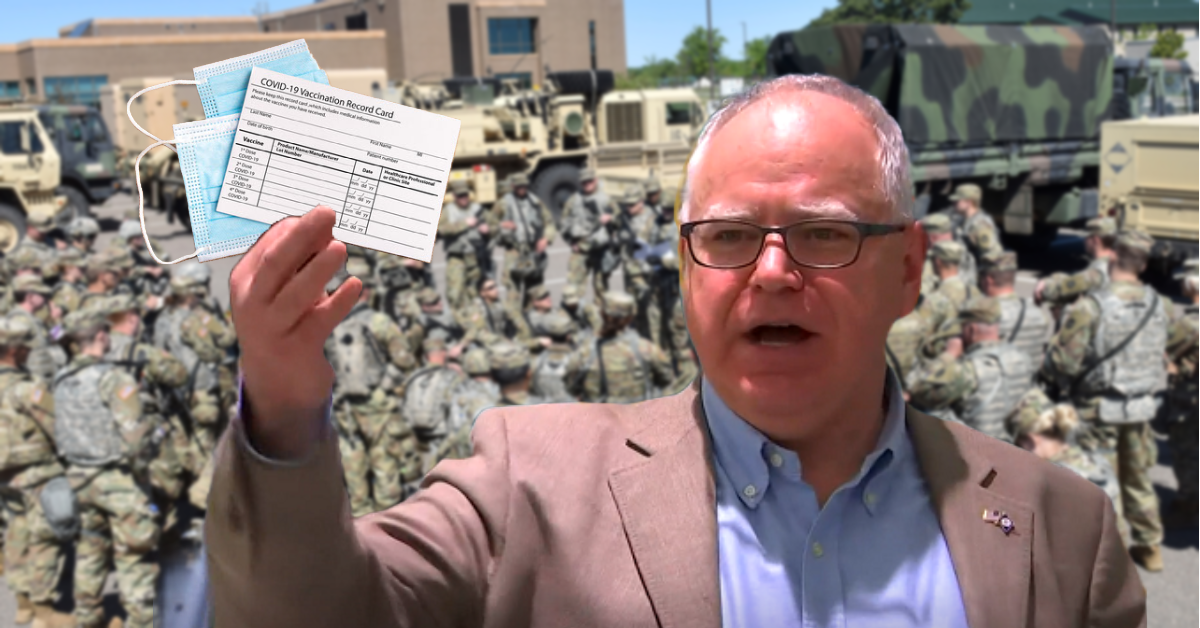 Governor Walz has never hesitated to use his 24 years in the Army National Guard to score cheap political points. Because of his experience, many would believe that Walz would stand up for his fellow soldiers if they were ever put in harm's way.

Unfortunately, Walz is choosing to defend covid-19 vaccines over the brave men and women in the Minnesota National Guard. As the Department of Defense vaccination deadline looms, it is reported that nearly 600 soldiers and airmen will be discharged due to their refusal to get the covid-19 vaccine.

This is not the first time that Walz has been accused of choosing politics over his brothers-in-arms. It is, however, a reflection of just how heartless he truly is.

Governor Walz could have used his ties with the Biden administration to defend these soldiers and airmen on the brink of discharge. The very least he could do is publicly condemn the vaccine mandate, and stand with the men he previously served with.

Instead, he ignores the issue. With the November election right around the corner, perhaps he hopes that memories of his tyrannical edicts from 2020 and 2021 will disappear. Don’t let him get away with it.