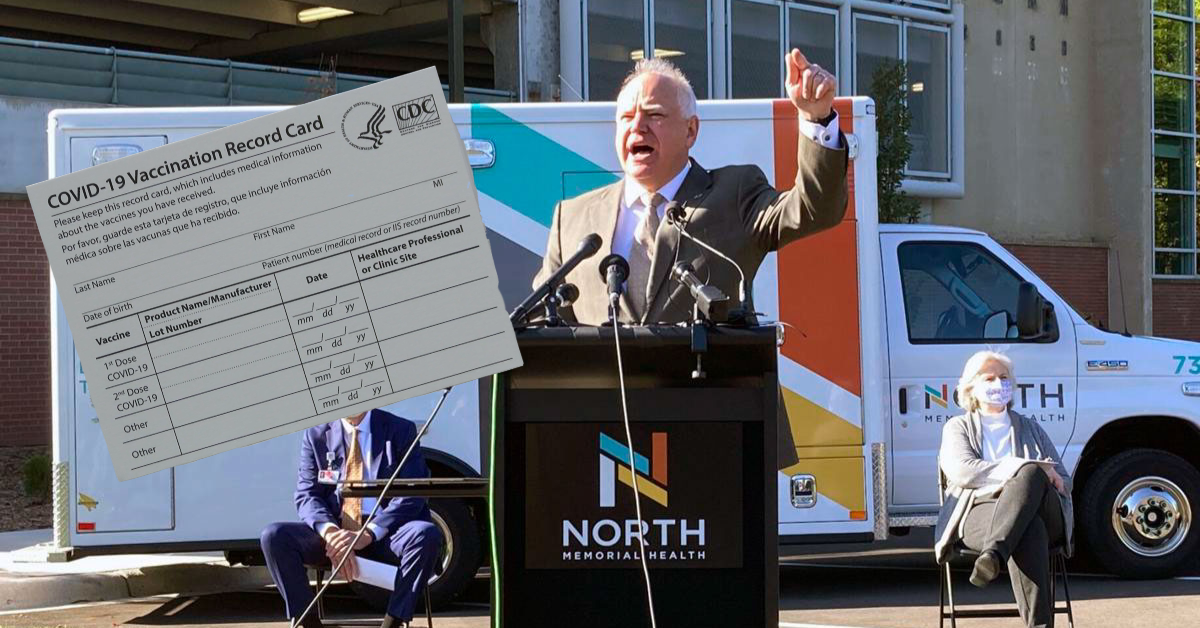 Governor Tim Walz has been caught red-handed in another lie to his constituents. The cities of Minneapolis and St. Paul have just announced the implementation of covid-19 vaccine passports in order to eat at bars and restaurants, or attend performance venues. These edicts in the Twin Cities come only months after Governor Walz condescendingly brushed off the idea.

During negotiations surrounding the prospects of a special session in October of 2021, Governor Walz unleashed his frustrations on legislators and activists who demanded a ban on vaccine passports. Speaking in front of North Memorial Hospital, he proclaimed that:

“None of those things are real.”

Now, most businesses in Minneapolis and St. Paul will be required to ask for vaccination status by January 19th… only a few months after Tim Walz denied the existence of vaccine passports. Either he is completely unaware of Minnesota’s political environment, or he outright lied to the people – both of which would reflect poorly on the Governor.