Why Is The Fake End Powers Bill So Bad?

Why Is The Fake End Powers Bill So Bad? 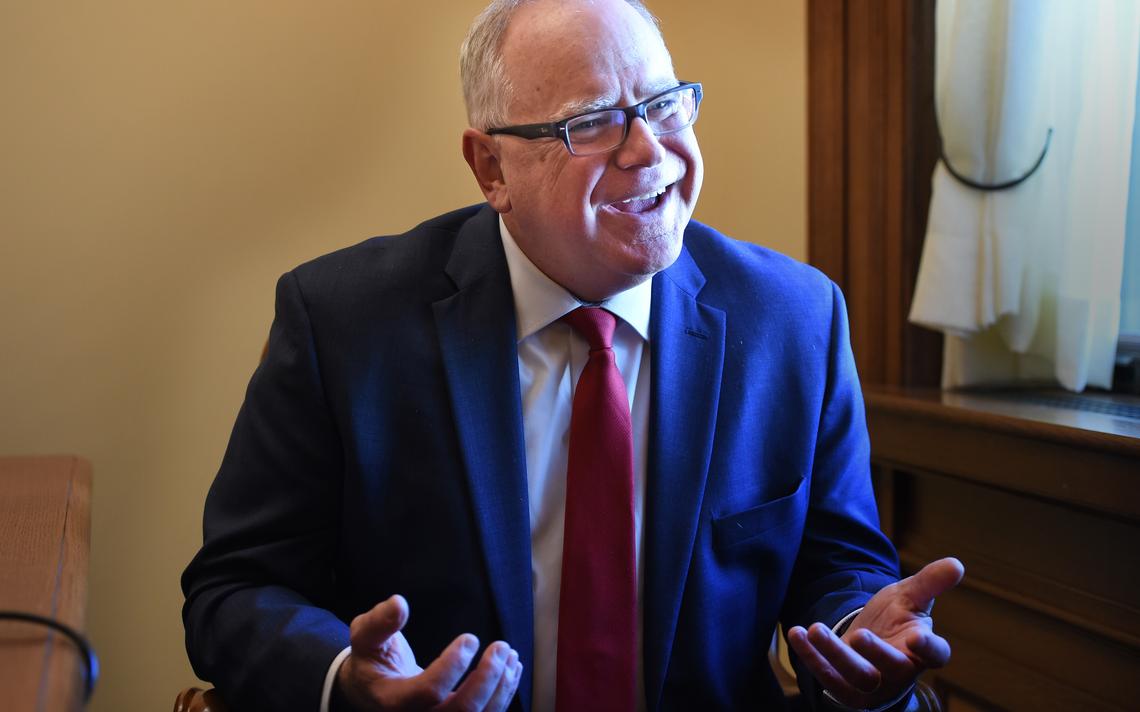 The North Star Liberty Alliance has been talking a lot about the Fake End Emergency Powers bill moving through the legislature. What’s so bad about it?

A LOT of things. To start, it lets both DFLers and Republicans off the hook for Walz’ emergency powers. Meaning…

IT DOESN’T DO ANYTHING!

This bill that has been proposed by establishment Republicans does not end Walz’ emergency, rather, it reforms the legislature’s ability to end emergency powers. See our main problem with the bill below: 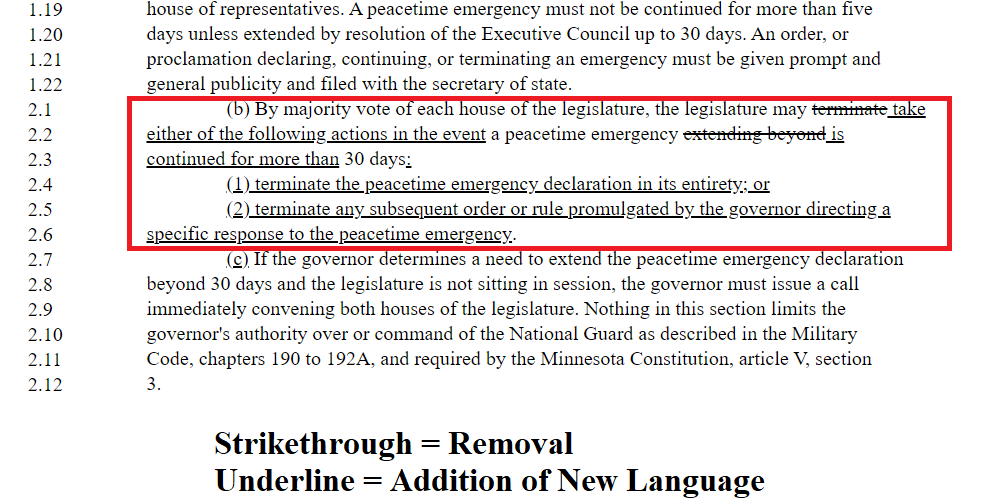 In reality, it's no real reform. It just moves words around.

Establishment Republicans will say that this stops Walz and future governors from abusing their powers. If this is so good to smack down his powers, then why would Walz ever sign this bill into law? If he is looking to keep his power, then the last thing he would do is handicap himself.

This is what needs to happen:

Anything less than this is complete hot air from Republicans.

RINOs like Rep. Barb Haley complain that the second that the legislature votes to repeal Walz’ emergency powers, he’ll simply declare a new emergency. Then, the legislature will have to go through the process all over again.

Good! Let Walz do this. It would be political suicide for him and his political allies. This would be an official statement that he DOES NOT care about the input of the legislature, which is supposed to be a co-equal branch. It would throw the crossover Democrats who vote to End the Emergency Powers and put the DFL into disarray.

The Republicans need to grow a spine and politically fight back! They need to press the action and not try to eat whatever crumbs the Democrats give them. Why would the Democrats do a deal on Emergency Powers that hurts their party’s governor? This is a tell that it is a terrible deal!

If the legislature repeals his powers, and if he comes back over the top and tries to declare a new emergency, that would be a booming message to every Minnesotan, even Democrats, that the Governor is off his rocker and would ultimately provide more support for Impeachment. A win-win.

Moreover, it gives the Courts more reason to step in to smack down Walz’ orders and finally do their job!

Instead, Republicans are pushing this fake bill that...

… And that may be the whole point. Politicians want to SAY they’re doing something. These politicians are masters of deception to whisper sweet nothings in our ear to make us go away and let them off the hook.

In this case, if Walz reinstituted his unlawful powers after the legislature revokes them, legislators would need to take an official stance on impeachment. That’s a good thing. So let the governor try to go around the legislature again after they pass the resolution to End Walz’ Emergency Powers.

There are a few good legislators who saw this fake reform bill for what it really is. Representatives Drazkowski, Munson & Bahr all voted against it. Meanwhile, the crossover Democrats Reps Lislegard, Marquart, Sandstede, Pelowski and Sundin all voted for it! These are the same Democrats that have now betrayed everyone and voted AGAINST Ending Emergency Powers twice now in January after promising last year and just weeks ago to vote for it. Should you trust these liars?

And look at the Subcommittee on Legislative Process Reform who are getting together to push this trash bill: 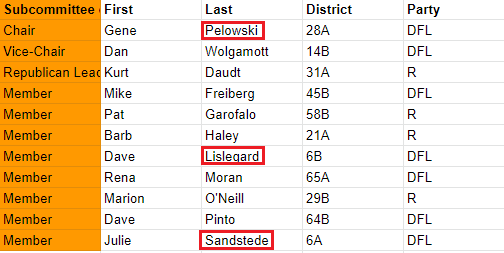 Are we supposed to believe the people who have already sold us out once, lied to us during campaign season and now betrayed us to vote to End Walz’ Emergency Powers just last week? No way!

Representative Mortensen has introduced a resolution that would be a clean repeal of Walz’ emergency powers. When introduced, Mortensen was pushed under the rug by the DFL majority.

These other weak RINOs would rather hear the fake bill that doesn’t do anything than hear a bill that returns Minnesota to normal.

We MUST remind our legislative leaders they work for us and what we demand. Tell RINO members of the committee that voters want a REAL END TO WALZ’ POWERS, not some trash bill!

After you call and email them, be sure to sign our petition to impeach Walz.