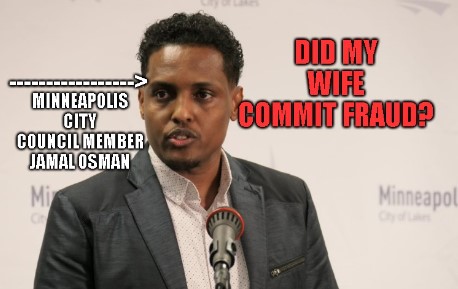 Lately, Minnesota has been rocked with a wave of scandals as the FBI has raided many businesses and indicted over 40 individuals so far with fraud.

As you may have already heard, the FBI found out that in Minnesota a  nonprofit titled Feeding Our Future has likely used a federal program to perpetrate the largest Covid-19 fraud scheme in the nation.

The government has had this to say on the subject.

It was terrible. To quote from FBI Director Christopher Wray: “Today’s indictments describe an egregious plot to steal public funds meant to care for children in need in what amounts to the largest pandemic relief fraud scheme yet. The defendants went to great lengths to exploit a program designed to feed underserved children in Minnesota amidst the COVID-19 pandemic, fraudulently diverting millions of dollars designated for the program for their own personal gain.

Allegedly the people who mass frauded the $250 million in funds meant to feed children in Minnesota had instead bought frivolous items for themselves, including expensive cars, jewelry, and coastal property in America, Turkey, and Kenya.

We were meant to lock ourselves into our homes instead of providing for our families during most of Covid and supposedly the government was meant to take care of us while they shut down our jobs and businesses. Only millions of our tax dollars went to some fraudsters, right under the state government’s nose. The state allowed this to go on for a long time, only stopping the payments in January.

And while so far a wide range investigation has indicted 49 individuals, one person who may have had a hand in all of this has not been charged yet. Ilo Amba is the wife of Minneapolis City Council member Jamal Osmon. Ilo Amba Incorporated a non-profit called Urban Advantage Services in 2020. Ilo Amba’s Urban Advantage Services Inc. has claimed that it has fed 2,500 kids a day from February 2021 to September 2021. It also has been found to have had ties with the frauded government program “Feeding Our Future”.

Osmon had been reached by phone but when asked about his wife’s potential involvement with the biggest Covid fraud the nation has seen, the city council member just said he didn’t have time to talk and refused to comment.

It is very unfortunate that so many of our tax dollars were taken and easily frauded like that. And with Urban Advantage Services ties to the massively frauded program, we have to wonder, is Ilo Amba, wife to Minneapolis City Council Member Jamal Osmon, getting any special treatment? I would certainly hope not. Politicians and their families must be held to the same standard as everyone else.