With Confirmed Surplus, Walz Refuses To Budge On Tax Increases

With Confirmed Surplus, Walz Refuses To Budge On Tax Increases 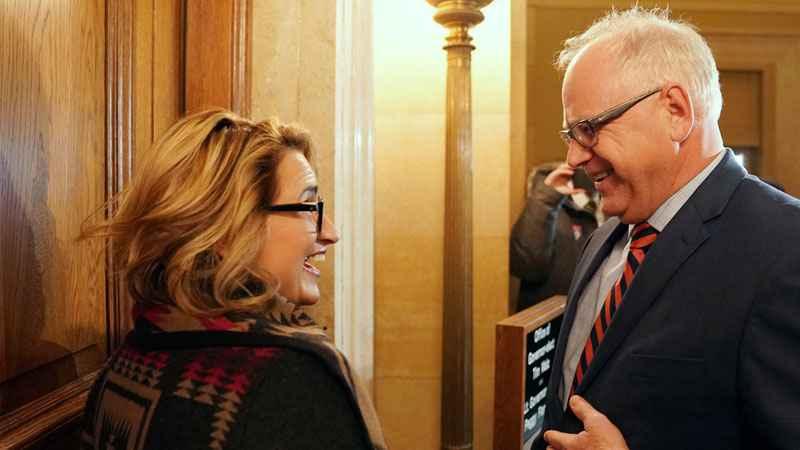 The Minnesota Office of Management and Budget released its April budget report, and the findings should be expected. The state still predicts a surplus in revenue, taking in $563 million in surplus revenue. That’s 20.3% more revenue than was predicted in February!

We’ve known for a few months now that the State of Minnesota is operating at a surplus, despite the job-crushing executive orders coming from Governor Walz. However, Walz and his friends in the legislature want to be sure that every dollar is spent!

Though he has revised his initial proposal from January, Walz and the legislature are still looking to raise taxes AND spending! He hopes that he can stock the budget reserve full of cash, and increase “investments” by $310 million!

“We will not cut our way to prosperity.”

Though the Republican Senate likes to talk a big game, they’ll likely bow down and let the far-left walk all over them. If they were serious about stopping tax and spending increases, they would say no deals! Unfortunately, this is not what has happened in past years.

You see, politicians do not have your best interests in mind. They just want to be left alone to fund their little pet projects and get their applause from their friends. They don’t care about what people like you and me have to say.

Give those politicians a piece of your mind. Call and email them now!

Call and email your State Representative and State Senator, and tell them that the people of Minnesota want tax and spending cuts!