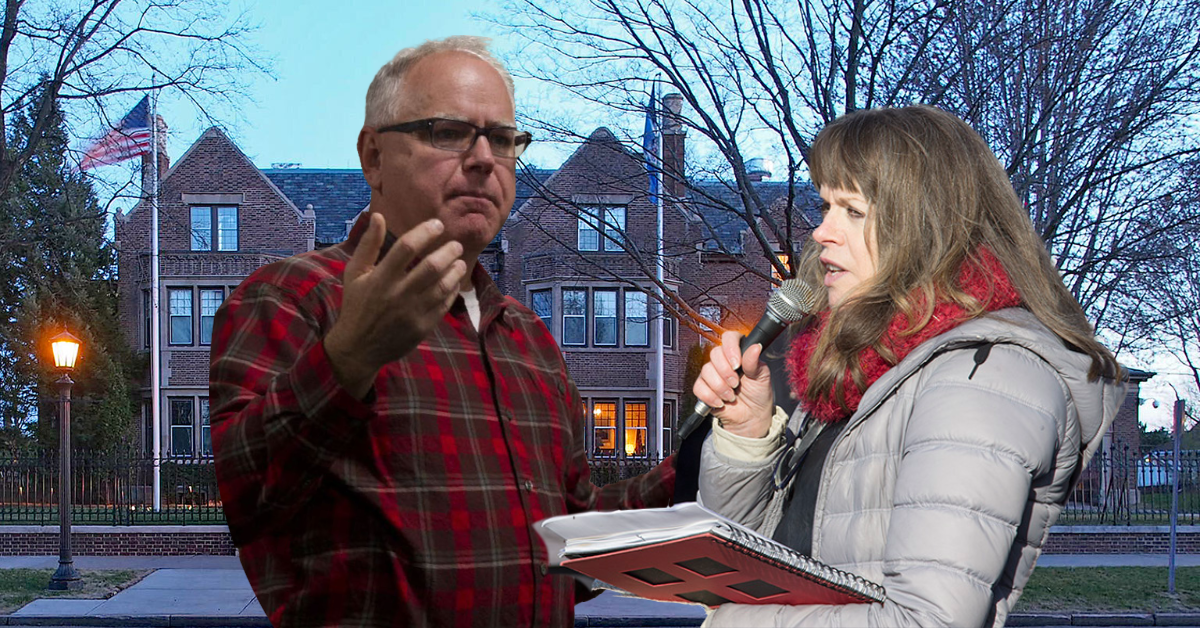 Can you imagine a world where small business owners are jailed for simply opening their business to the public? It sounds like a nightmare out of the many authoritarian dictatorships throughout history.

Believe it or not, this is no dream. Thanks to Walz’ one-man edicts, a small business owner was sentenced to 90 days in jail on Friday.

Lisa Hanson owns The Interchange in Albert Lea. A small cafe that serves coffee and wine to the people of the southern Minnesota city.

In defiance of Governor Walz’ tyrannical orders to keep small bars and restaurants closed to the public, Lisa Hanson opened her business last year and continued to serve the people who wanted to support a local business.

Tyrant Tim Walz and Attorney General Keith Ellison were furious. Since disobeying Walz, Hanson has been arrested and has fought back in court. Unfortunately, Minnesota’s left-wing judiciary backed Walz' edicts and threw Lisa Hanson in jail.

Some call Tim Walz the “Flannel Dictator”, and it’s a deserved name. Despite his attempt to come off as a folksy small town guy, he has destroyed more small businesses than any governor in recent memory. The "rocks and cows" of Minnesota do not claim Tim Walz.

Right after you sign the Official Walz Impeachment Petition, I am going to ask you to support Lisa Hanson’s legal efforts. As Liberty-Lovers, we need to stand up for our own.