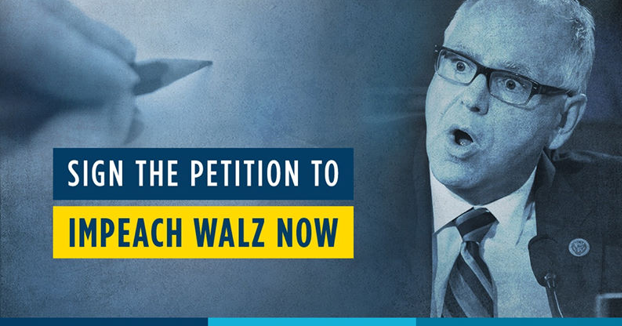 To my State Representative and Senator

Whereas, Governor Walz has imposed a state emergency and stripped Minnesotans of key, inalienable rights to travel and seek gainful employment by forbidding people to work or leave their house unless he deems it essential, and;

Whereas, the order by the Governor deeming some jobs 'non-essential' caused hundreds of thousands of Minnesotans to lose their jobs in a few weeks, and;

Whereas, this stay at home order pits the material and physical well being of Minnesota citizens against each other; while claiming to minimize health risks due to COVID-19, it also imposes significant dangers to the physical well being of families that have lost income or access to needed medical care, and;

Whereas, Governor Walz' order violated his oath of office to uphold the Constitutions of the United States and of Minnesota by stripping Minnesotans of their most cherished civil liberties, including but not limited to:

Whereas, these attacks on the liberties and physical safety of Minnesotans were deliberate actions Governor's in his capacity as Governor are grounds for impeachment, and;

Therefore, be it resolved we call up the Minnesota House of Representatives to impeach Governor Tim Walz and for the Minnesota Senate to convict him and thereby remove him from office, and;

Be it further resolved, we call on each and every member of the Minnesota legislature to request a recorded vote on each motion related to impeaching Governor Walz.