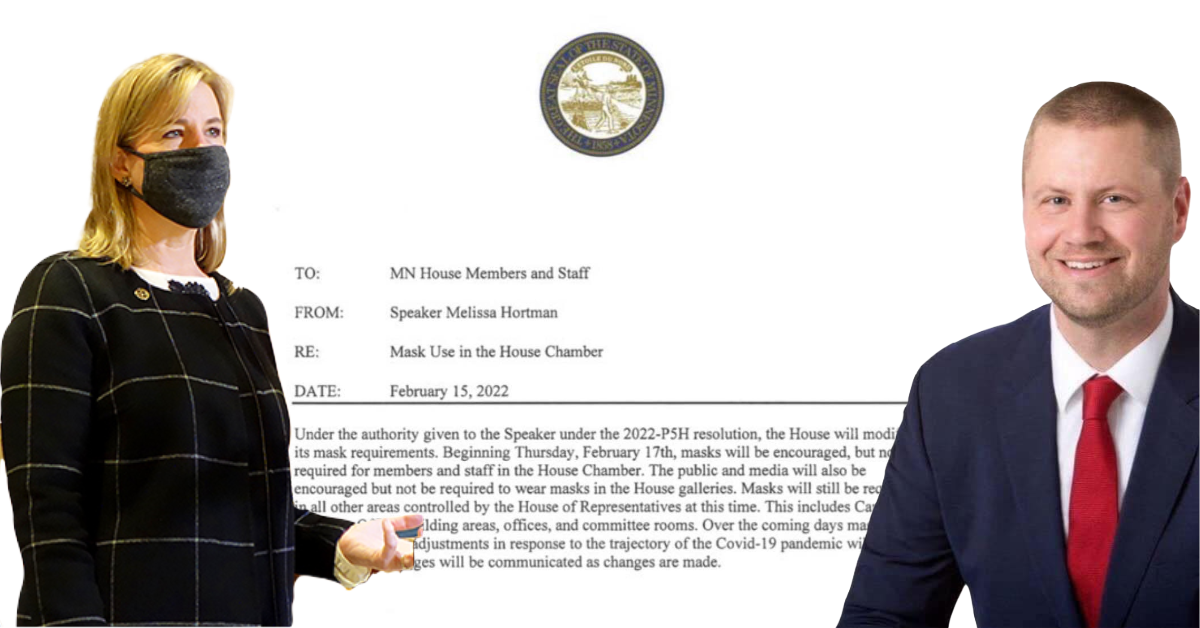 Minnesota House Speaker Melissa Hortman announced on Tuesday that masks would no longer be required to speak on the House floor – No thanks to the overwhelming majority of house members.

According to a Facebook post by Representative Erik Mortensen (R), only himself, Representative Novotny (R), and Representative Sundin (DFL) dared to defy the speaker’s mandate… and apparently the latter two hardly made an effort to stand out. The remaining 131 members either proudly wore their masks or didn’t even bother to show up in person.

Chances are, your elected “representative” didn’t take a stand against forced mask-wearing on the house floor. These rules are not genuinely challenged unless a troublemaker like Representative Mortensen steps up. Because just three members wouldn't abide by her mandate, Hortman simply gave up on trying to enforce it.

Though the mandate has been eliminated from the floor, it appears that it will remain in place for “all other areas controlled by the House of Representatives at this time.” That means if you want to visit your elected representative at the State Office Building, you will be forced to wear a mask.

If you want to send a message to legislators who are sitting back and letting these mandates steamroll them and their constituents, ask to meet at their office – and show up without a mask.

Follow the link below to reach out to your State Representative, and ask for a meeting at the State Office Building. Be sure to let them know how you feel about forced masking in the State of Minnesota.