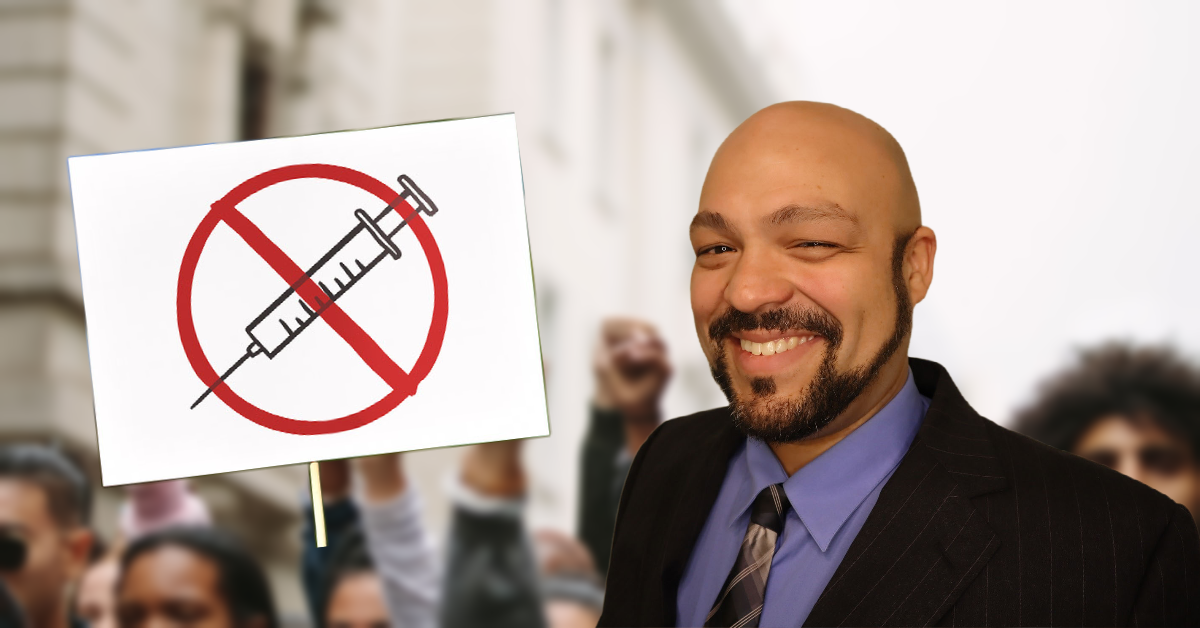 With the hysteria surrounding the Covid-19 lockdowns, many politicians have taken to demanding vaccine mandates for employers and employees. In the wake of the 2022 midterm election, many spineless legislators refused to campaign on ending vaccine mandates. Thankfully, there are a few who still see this as a critical issue.

Mask-Off Minnesota, a health freedom group, held a panel with activists and legislators on Sunday -- discussing the next steps for the upcoming legislative session. Representative-Elect Walter Hudson (30A) offered a controversial (but welcome) comparison to the room.

Hudson stated that plantation owners are “morally equivalent” to those who demand vaccine mandates. This is a clear jab at big government politicians who view vaccination status as a requirement for participation in society.

Look no further than the vaccine passports that were implemented in Minneapolis and St. Paul in 2021. Countless numbers of people were refused service, simply because they were uncomfortable taking a vaccine.

Hudson’s bold position put him in the crosshairs of the authoritarian mob. Twitter personality Aaron Rupar posted his statement for his followers on Monday, attempting to create backlash for the incoming legislator.

Instead of backing down, Hudson doubled down.

He stated later in an interview with WCCO that:

“If my wife's boss demands a sexual favor as a condition for her continued employment, we all recognize that's deeply immoral & ought to be illegal…”

Of course, the want-to-be tyrants don’t see the similarities between sexual demands in the workplace and vaccine mandates. Both of which are infringements of bodily autonomy, which should be prohibited.

Liberty-Lovers ought to demand more courage from their legislators on issues such as vaccine mandates. This is the type of behavior that needs to be seen from self-proclaimed conservatives in the legislature.

Of course, actions speak louder than words. Representative-Elect Hudson’s remarks are encouraging and North Star Liberty Alliance is eager to see him stay true to his word and fight to end vaccine mandates in Minnesota.

He and his fellow legislators will be sworn in on January 3rd.