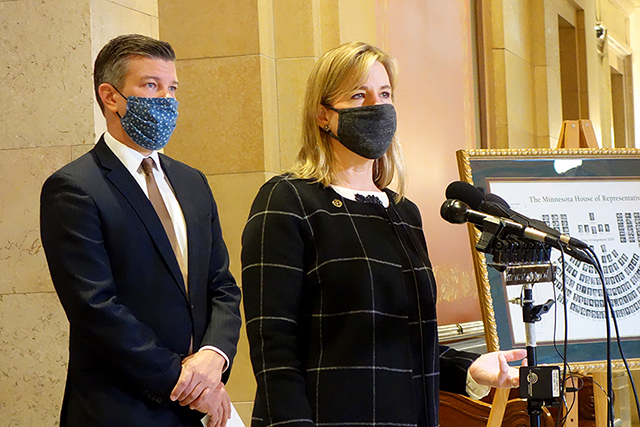 Last week, the House DFL introduced four new budget bills, including the tax, education, labor, and workforce bills. It has been clear for a long time that politicians in St. Paul were ready to radically increase spending to make up for the economic destruction caused by Governor Walz.

Here’s are some of the important points:

You can read more about the proposal here

The idea that the state can tax citizens into prosperity is ludicrous. Walz and his friends in the legislature will defend the notion of tax and spending increases in the name of economic recovery. Walz has had his chance to fix the economy for over a year now by letting go of his emergency powers, and letting businesses serve who they please.

What many don’t realize, is that the budget has increased 50% over the past decade, despite the fact that the Minnesota population clearly has not increased by this much. Minnesota will be lucky to increase its population by 10% in the next decade. If Walz continues to have his way with tax increases and executive power, more people are likely to leave the state than come.

The budget proposals coming from left-wing legislators is appalling -- a total joke after everything they’ve allowed to happen in the last year. By insisting on economic stimulus after suppressing the economy for over a year, they are complicit in the suffering of Minnesotans.

They cannot continue to get away with this gross negligence. If you agree, then sign on to the petition to Impeach and remove Governor Tim Walz from office.