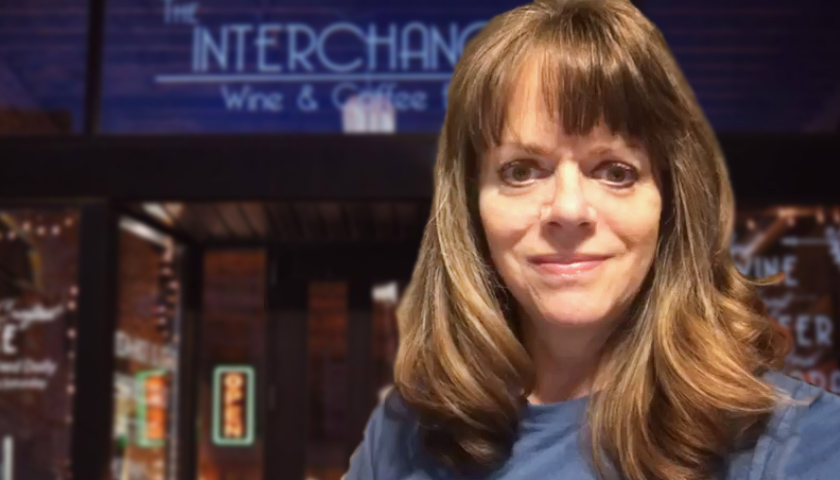 Tyrant Tim Walz and his lockdown cronies have been ignoring our human rights in favor of granting the state more power for years now. During these years, however, one story has stuck out as a shining example of standing up against the lockdown tyranny.

As reported by Bringmethenews almost an entire year ago, a businesswoman by the name of Lisa Hanson was running a bar called the Interchange Bistro. Back in 2020, Tim Walz didn’t hesitate to lock down the state, telling small business owners like Lisa that they must suffer and close down their businesses.

Lisa kept her business open for 8 days before it was forcefully shut down. Lisa was initially charged and found guilty of 6 criminal misdemeanors and fined $65,000 for keeping her restaurant open for 6 days. She was told to appear in court on March 10th and refused that too, which caused the state to hunt her down and arrest her. And then to salt the wound, the progressive city attorney Kelly Martinez suddenly found it appropriate to charge Lisa for the last 2 days of remaining open. 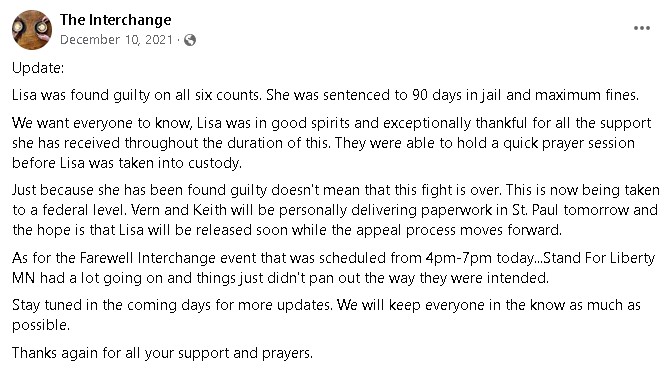 The fight didn’t end here, however. Lisa knew it was her human right to keep her business open if she wanted to. Lisa never forced anyone to go to The Interchange Bistro, and she never hurt anybody. Knowing she was on the right side, Lisa Hanson hired a great lawyer by the name of Richard Dahl who quickly got to work.

Lisa’s Attorney Richard Dahl wasted no time fighting back against the corrupt state that was fighting against Lisa’s human rights. Richard Dahl worked to file an appeal but most importantly he was able to subpoena Walz Chief of Staff Chris Schmitter and Commissioner for MN Department of Health Jan Malcolm, as reported on by Rocks and Cows. 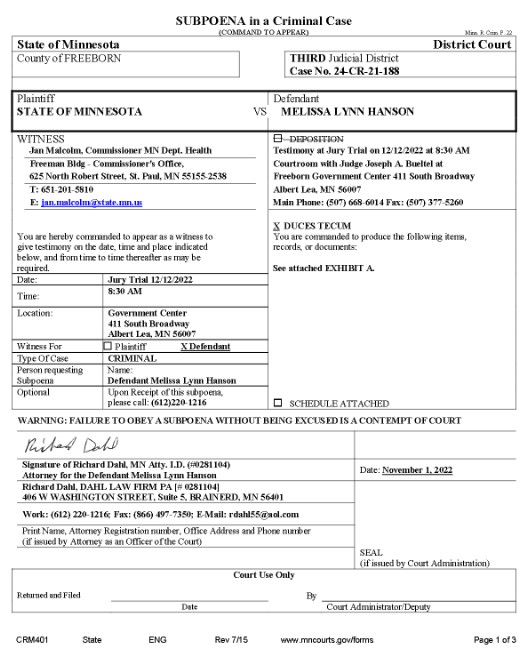 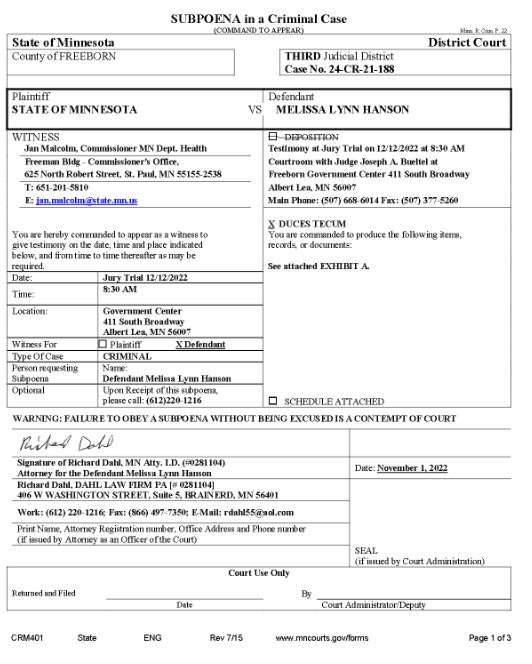 The attorney Richard Dahl argued that for the charges to be legal, Tim Walz’s lockdown must be for a valid reason. Richard Dahl found evidence in emails sent between Walz’s Chief Of Staff and Jan Malcolm that the Covid-19 lockdowns were done for political gain.

It’s truly a scary world where we’re finding evidence that Tyrant Tim Walz destroyed Minnesota with lockdowns for his own gain.

Suspiciously, after these two with ties to Tyrant Tim Walz's possible corruption were subpoenaed, the case was quickly dismissed just mere days later on November 4th. 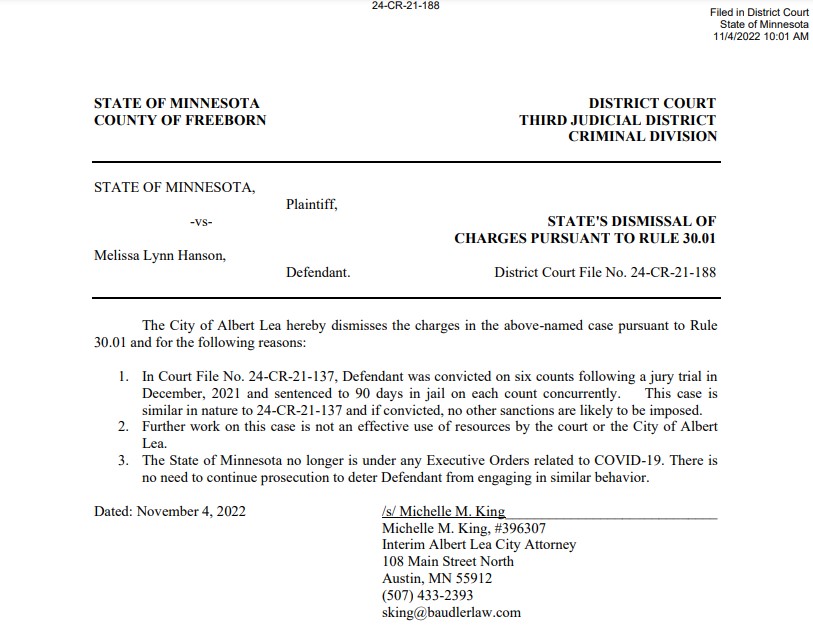 While it is truly disgusting how Tim Walz and his lap dogs were able to shut down the entire state and destroy businesses and lives just like this, we are ultimately happy these charges were quashed and Lisa Hanson is recognized as free once again. All she did was the right thing, after all, stand up for our civil liberties against an oppressive state. Tim Walz has faced impeachment before thanks to his past of butchering our civil rights. It's time for those who support him to open their eyes and see his effect on Minnesota.