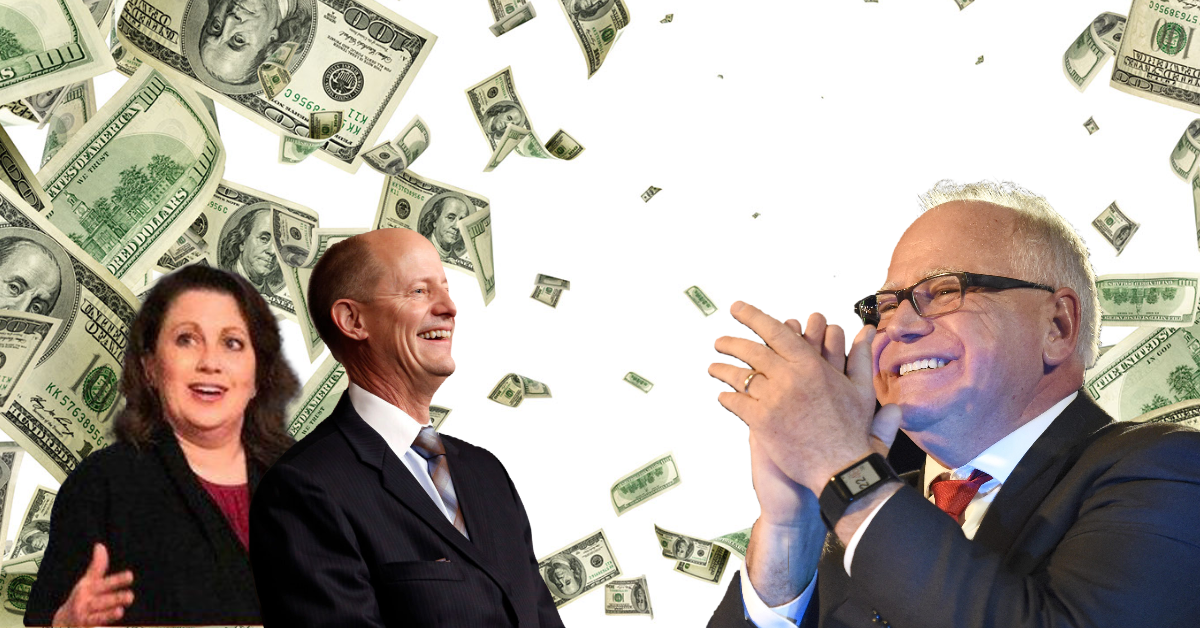 Over the course of the past few months, Minnesotans have demanded that their government return the projected $7.7 Billion surplus (that figure jumps to $10 Billion when the rainy day fund is factored in). It’s clear that the people of Minnesota have been taxed far too much, and they want their money back! However, it seems like the Republican-led Senate has already taken to spending the people’s hard-earned cash.

Senators on Monday moved a plan to spend $2.7 billion of the surplus for paying the Federal Government for their previous aid, as well as more business subsidies. Why should this huge amount of wealth stolen from hard-working people be given to the Biden Administration to spend on frivolous big government projects?

The average Minnesotan needs their money back now more than ever. With the US inflation rate climbing past 7.2%, the little money they do have is becoming worth less and less while groceries cost more and more.

Republicans claim to be fiscally responsible, yet the second that they have some extra money they go and spend it like a drunken sailor. This is not their money to use, and they shouldn't treat it as such.

This surplus tax money must be given back to the people. Even Governor Walz has proposed giving some of the surplus back. Don't lend any support to his proposal, though. He only wants to give each taxpayer $175 of their money back, while spending the rest. With this historic surplus, Minnesotans could be getting $4,000 of their money back.

You and I cannot allow big government politicians to play with our hard earned money any longer. Before they even think about any of their spending projects, they should give our money back and slash taxes so that this kind of over-taxation never happens again.

If you agree, then please contact your state senator and tell them to give the surplus back! Follow the link below to find out who represents you.