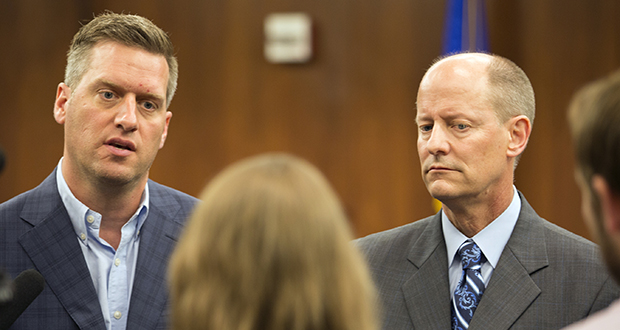 If you have been following the North Star Liberty Alliance over the past year, this news should not come as a surprise.

Minnesota House Republicans have introduced more bad legislation on executive power reform, except this one takes the burden off of their shoulders and kicks it to the voters.

That’s right, phony conservatives are proposing that voters make the decision on amending the governor’s ability to declare an emergency in 2022 -- 18 months from now! Minnesotans cannot wait that long to end Governor Walz' emergency powers! Unfortunately, it only gets worse when you read into the details of the proposal.

This proposal is complete and utter trash compared to the “Never Again” legislation proposed by Representative Erik Mortensen.

His proposal includes 4 main points that this other bad bill does not:

Mortensen goes into further details on these proposals in a video released on his Facebook Page. Watch it here.

Now is the time for NSLA’s grassroots army to stand up and demand real results from their elected leaders. If you support Mortensen’s proposal, then reach out to your State Representative and tell them to ditch this bad bill, and sign on to the “Never Again” proposal.