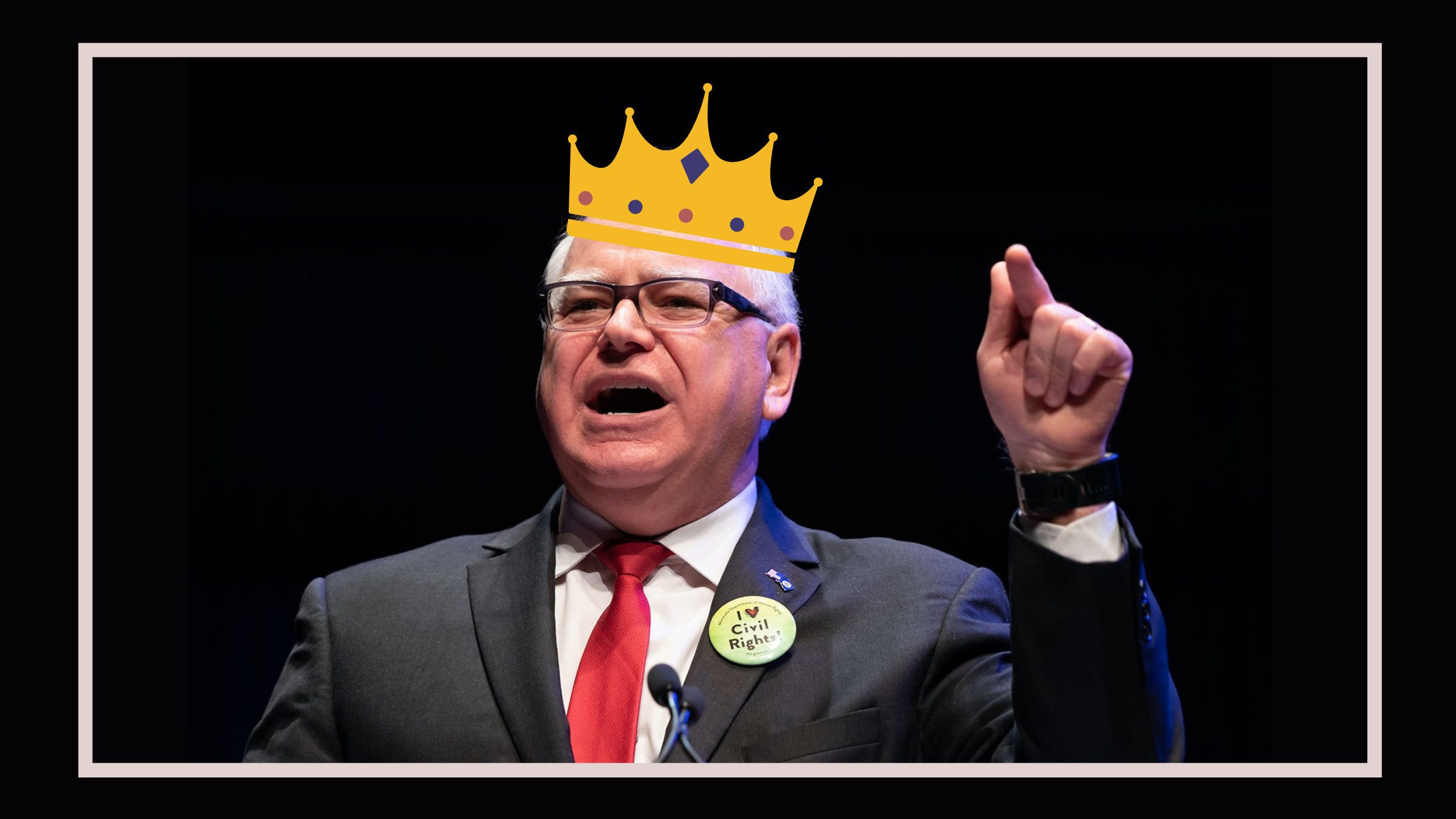 His majesty, King Walz, has allowed his subjects a little more of their freedoms!

Facing calls for impeachment, and likely pressure from his rural DFL colleagues, Governor Walz was forced to “turn the dial” back, and allow the people of Minnesota just an ounce more of what they should have had all along -- freedom. Though higher capacities for businesses and gatherings is obviously good news… it should not be celebrated.

Tyrant Tim Walz is giving the people of Minnesota crumbs, hoping it will stave off harsher calls for impeachment. Will it work? Here are King Walz’ updated COVID guidelines:

Don’t be fooled. This is all a ploy to make the people of Minnesota forget about all of the atrocities committed by Walz in the past year. Remember when he forbade churches from gathering? Or when he shut down vital medical procedures? The small business owners who closed their doors forever won’t be forgetting what Walz has done and neither should you.

When will Governor Walz release his grip on the economy? Who’s to say he won’t shut it all down in a month from now? This nonsense has to stop and it must stop now.

Local communities are standing up to this tyranny. Patriots on the Ramsey City Council just voted to forbid city resources going towards the enforcement of Walz’ mask mandate - effectively making it null and void. Ramsey is leading the charge against Walz and his unconstitutional edicts. Is your city doing the same?

Chances are, you won’t want to wait until your city councilors find their courage. The North Star Liberty Alliance (NSLA) has a solution to end Walz’ tyrannical reign over the people of Minnesota.

For the past few months, NSLA has been pushing hard to impeach and remove Tim Walz from office. Our team has been working around the clock to make your voices heard, whether it’s through letters to local newspapers, sending postcards and mailers across the state, giving your impeachment petition signatures to legislators, or calling legislators to bring them on board with impeachment… we’re working hard to make it happen.

Of course, this is a grassroots effort. It cannot be done without your help. We’re still sending impeachment petition signatures to legislators! Have you added your name to the list?

After you sign the petition, we need to apply pressure to state legislators in their home districts. By writing a letter to your local newspaper, you’re forcing your representative to take action. By forcing noncommittal legislators to co-sponsor impeachment, you’re giving it the committee hearing that it deserves.

Lastly, our efforts come at a cost. Applying pressure to legislators across the state takes valuable time and resources that come from grassroots patriots like you! To ensure that we can continue to hammer our message and protect our liberties in Minnesota, I humbly ask for your contribution. $100, $50, $25, and even $10 donations make a difference! Whatever you can give will go towards keeping the North Star Liberty Alliance on the front lines in this fight.

Keep up the good fight. With your help, Walz WILL see political justice for the damage he has caused.