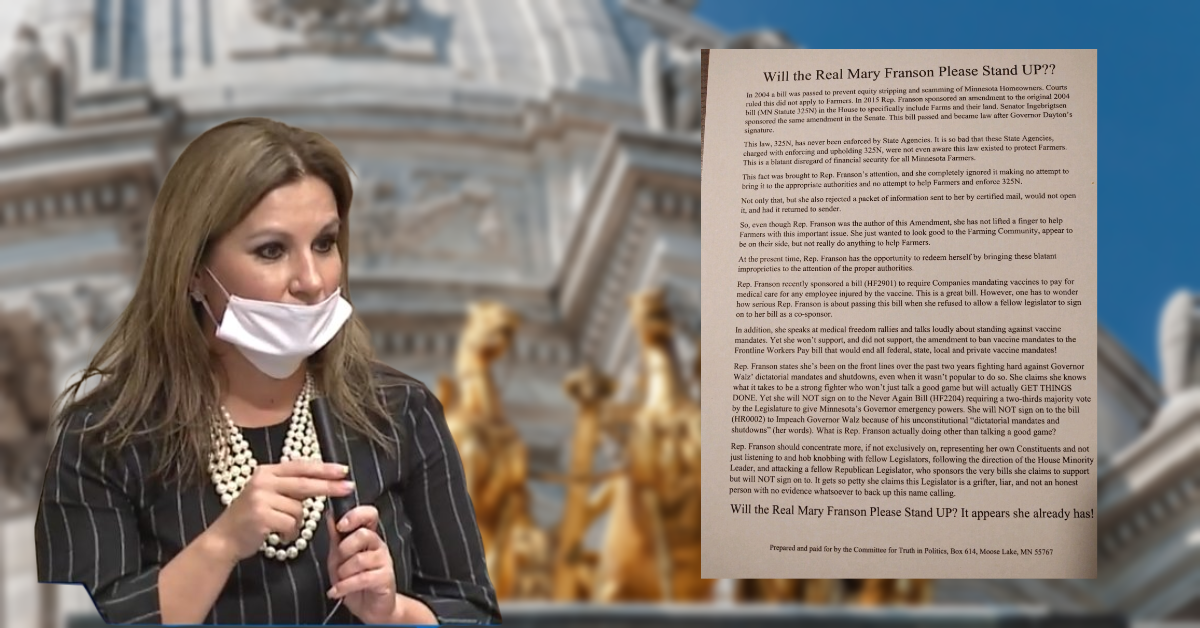 North Star Liberty Alliance has obtained a letter slamming Rep. Mary Franson at her local party convention for her horrendous performance as a representative.

People are rightfully fed up with state representatives that refuse to listen to them and refuse to represent the will of the people.

On March 26th, the Douglas County Republicans held a convention consisting of delegates elected at precinct caucuses February 1st. Among other basic party business, delegates vote for those who represent the county at the congressional and state conventions.

Attendees to the convention will also push resolutions to amend the party platform to reflect what they want the party to stand for. They’ll also voice their concerns regarding candidates running for office.

At the convention, a delegate handed out a letter highlighting record of Rep. Mary Franson pictured below: 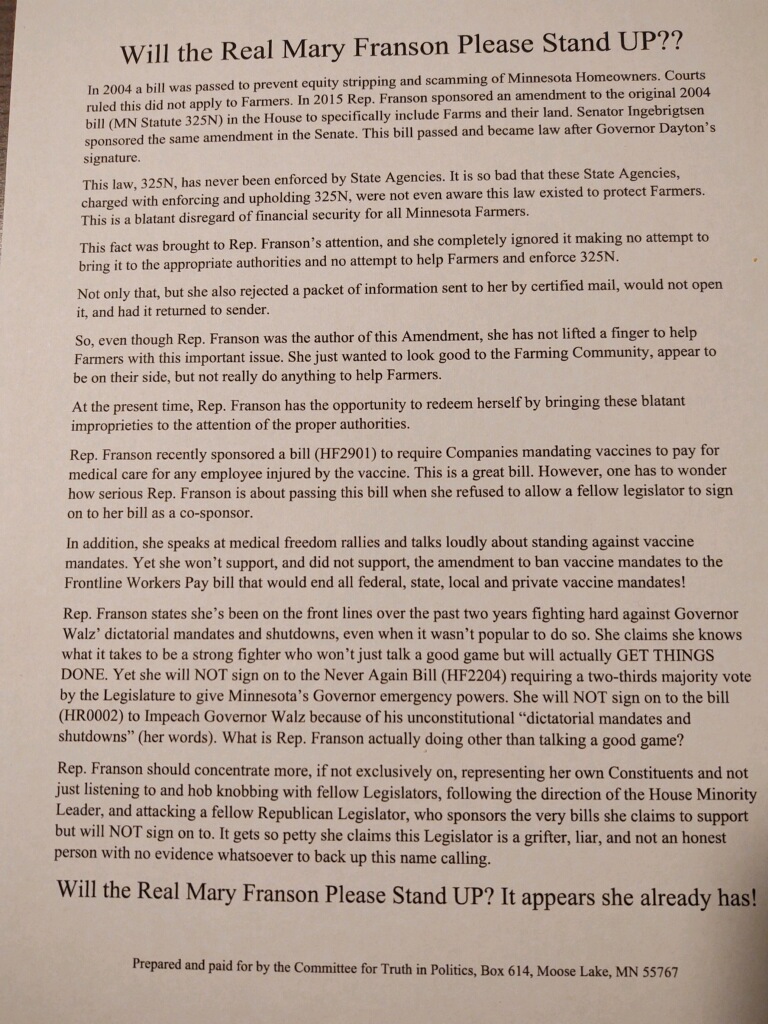 In this letter to convention attendees, Rep. Franson was called out for introducing legislation, but then refusing co-sponsorship to Liberty Champion Erik Mortensen. Clearly, she cares more about the politics of her proposal than actually getting it passed.

The letter also points out that Franson failed to co-sponsor the extremely popular Never Again bill that ends the governor's emergency powers forever. Not only that, she was also called out for REFUSING to co-author the resolution to Impeach Walz for his illegal abuse of executive power and unconstitutional mandates and lockdowns.

By the way, if you support the resolution to Impeach Walz, let your legislators know by signing our petition here.

Everyday Minnesotans have had enough of these weak RINOs and Radical Leftists that have destroyed their lives, businesses and future.

While Liberty-Lovers appeared to be somewhat merciful to Franson, other RINOs were not so lucky. Many of them have lost endorsements to Liberty-oriented candidates.

The open question on people’s minds is: how many of these RINOs are going to lose their seats until they start listening and representing their constituents? How many political careers are going to hit the gutter until these RINOs stand up and fight for liberty?