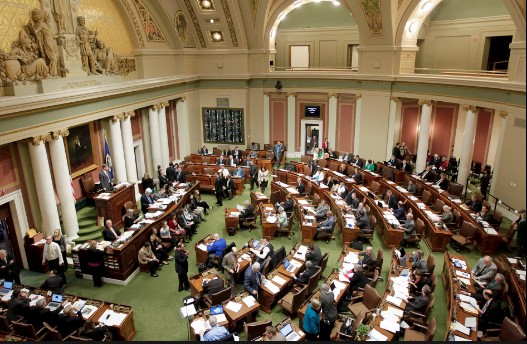 Spineless RINO Republicans in Minnesota continue to neglect your rights and still won’t stand up for you. Many Republican politicians in MN claim they are for safety and gun rights, but when it comes to their record most of them accomplish quite the opposite and hurt our rights. The newest example of this is the House Republican Caucus electing RINO Lisa Demuth as the House Minority Leader.

In what was probably Daudt’s coup de grâce, Kurt Daudt literally joined a lobbying firm as Director Of Public Affairs. This lobbying firm that Daudt joined is called Stateside and they are in the employ of giant corporations such as Delta, FedEx, and BP. Kurt Daudt is smart enough to know that by joining this lobbying firm he was acting in a definite conflict of interest with his job as a representative of Minnesota. He didn’t care as what matters to Kurt is money and power, and that’s what this lucrative job offered.  And as reported by Alpha News, another representative at the time put it well: “We cannot have legislators who claim to represent the interests of their constituents, but also exchange legislative favors with wealthy clients.”

Now, you may remember that last year that the people of Minnesota had spoken and said they wished for Tim Walz to be impeached for his constant attacks against our human rights. You’d think that the elected Republicans would stand up against Walz but quite the opposite. Leadership sat on their hands and declined to do anything to actually get rid of Walz. Lisa Demuth flat-out refused to impeach Walz.

To make matters worse, House Republican Caucus leadership even had a political committee group aligned with him, the Minnesota Jobs Coalition, spend hundreds of thousands of dollars attacking conservatives. Lisa Demuth was completely silent on this rejecting calls to denounce attacking liberty fighters.

Even this year a House Republican Jurgens endorsed a Democrat for senate which led to the Democrats taking complete control of the Minnesota state government.

While on the bright side the elected House Republicans were willing to get rid of establishment shill Kurt Daudt, but they went ahead and elected Lisa Demuth as the MN House Minority Leader. This is a big problem because Demuth has a track record of also being a RINO.

Demuth has refused to fight for us in ways such as not co-authoring the bill to impeach Tyrant Walz for his corruption and crimes, as well as refusing to co-author liberty champion Rep. Mortensen’s Second Amendment Preservation Act. 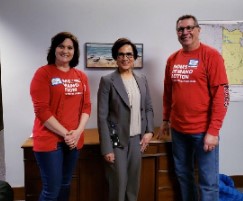 Thanks to their own elections within their caucus, Minnesotan Republicans are out of the frying pan and into the fire. While the MN RINOs stood up for themselves and outed the pro-establishment leader that was helping to spend hundreds of thousands against them, the Republicans just went ahead and elected Demuth who is not interested in protecting gun rights or stopping Tyrant Walz’s rampant corruption and crime.

This is why it’s more important than ever that Liberty Lovers jump in the fight to keep our freedoms and restore the ones lost!