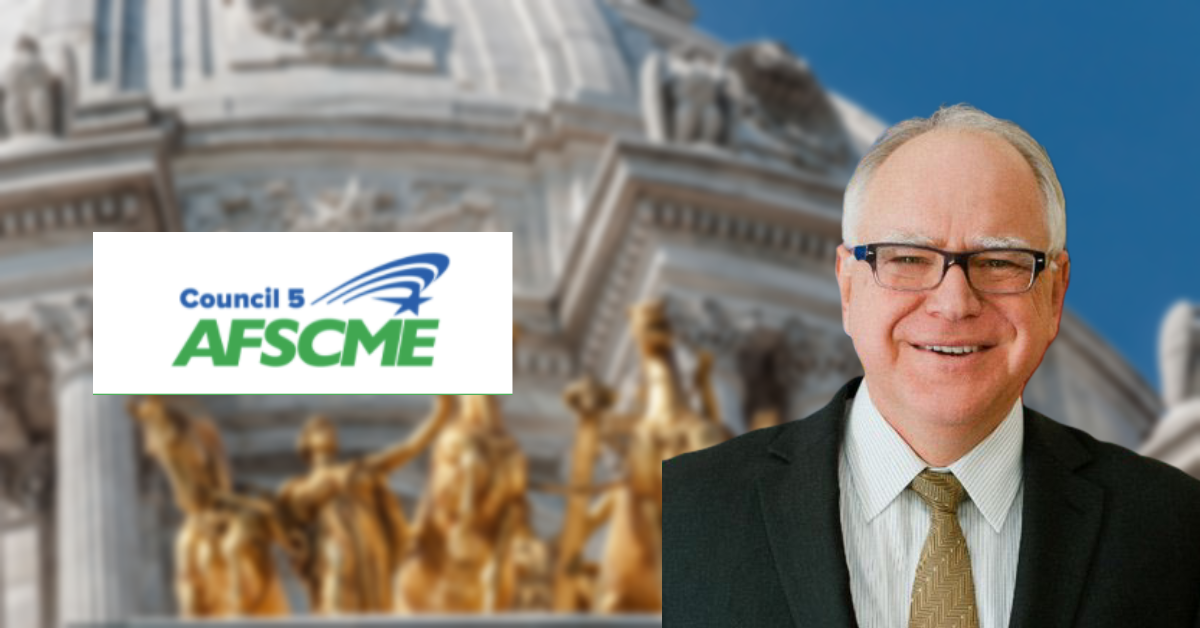 On Thursday night, notorious left-wing booster group AFSCME Council 5 – a trade union for government employees in Minnesota – hosted a forum where Governor Walz could brag about his credentials in office.

In the spirit of competition in the free market of ideas, Dr. Neil Shah, a candidate for Governor, asked the union to participate in the forum and reach new voters. The union opted to protect Walz from criticism of any kind to little surprise.

Shah revealed this information in an email to his supporters on Friday morning. He criticized Walz and his union buddies for refusing a friendly exchange of ideas.

You see, AFSCME is defending Walz because of his staunch opposition to Right to Work laws. These laws would allow employees to choose whether or not they pay dues to unions, most of which typically turn around and fund left-wing politicians.

As of writing, 28 states have adopted these laws. Allowing citizens of their states to choose whether or not they believe in the causes that these unions support.

If AFSCME wanted to defend their views on Right to Work laws, they would allow a challenger to appear at a panel on the issue. Instead, they turn down opportunities to have an informed discussion on this issue. There is not much of a defense to be offered here.

There ought to be more candidates who publicly call for debates with Walz. He needs this kind of pressure.

As Governor, Tim Walz has earned the ire of regular people across Minnesota. People have had enough of his condescending and arrogant style of governing. This is precisely why many have gotten on board with the effort to impeach him.