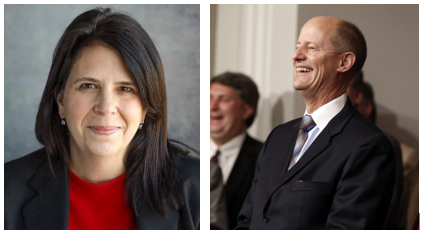 Though the state budget has been finished and signed into law, the Minnesota Senate has remained in session to take confirmation votes on members of Governor Walz’ cabinet.

Bishop had been a target for the Republican Senate, who were looking to cast blame for Governor Walz’ “California car mandates” that were overseen by Commissioner Bishop. When implemented, these mandates will increase the consumer cost for purchasing a new vehicle, while regulating which vehicles can be sold in the first place!

The Senate made an attempt to postpone these mandates in early budget negotiations, but then gave up when they received pushback from the left.

After failing to stop these California car mandates, Republican Senators quickly realized their mistake after receiving pushback from activists. That is precisely why they sought to fire Laura Bishop.

Because the Senate will continue to meet through Wednesday, they have the capacity to cause political pain for Governor Walz. They can make Walz pay for his crimes over the past year by removing every single one of his commissioners. Health Commissioner Jan Malcolm should be at the top of their list.

Call your State Senator NOW and tell them to fire Walz’ commissioners!