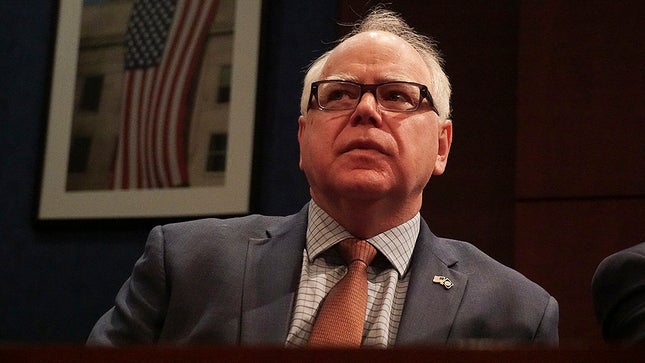 In a press conference on Monday, Governor Walz announced that he has an “expectation” that Republicans will put forth $150 million for fixing riot damaged businesses in the Twin Cities. This all comes after Governor Walz mismanaged the state’s economy and failed to properly respond to the riots of summer 2020. 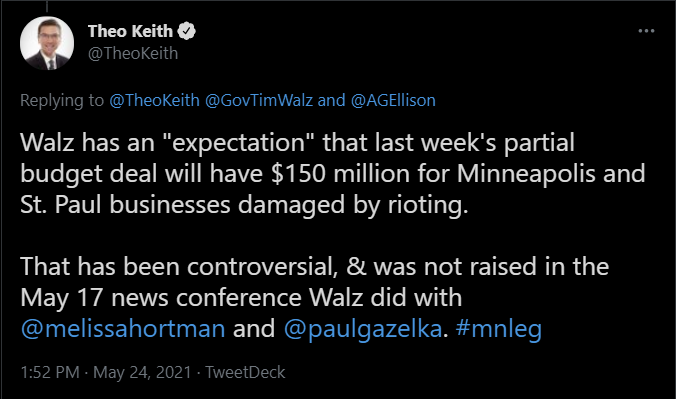 Governor Walz and his friend, Minneapolis Mayor Jacob Fry, are responsible for business closures in Minneapolis. First, they shut down businesses in the name of COVID-19 “safety”, and then let those same businesses be looted and burned. Looking to cover up their mistakes, Walz is now pushing to use taxpayer dollars to fix damage left after the riots.

Tell House Minority Leader Kurt Daudt and Senate Majority Leader Paul Gazelka that their caucuses need to hold Walz accountable. If taxpayer dollars are used to pay for riot damage, Walz will be let off the hook for his damage. Call and email Rep. Daudt and Sen. Gazelka now!