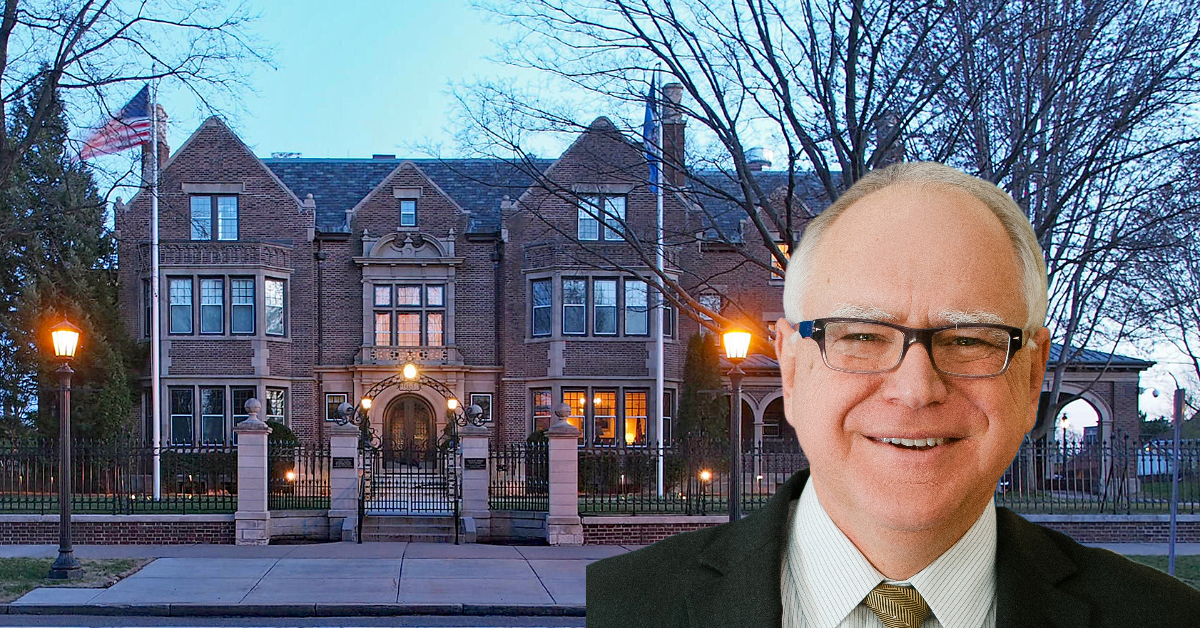 Use of the Governor’s Mansion has been a perk for ten Minnesota Governors, beginning in 1965. It has been reported that Walz’ Department of Administration will pursue an expensive renovation, which is paid for by the taxpayers.

It is also reported that the Walz family will be relocated during the renovation. Because he is unlikely to stay in his Mankato home in the meantime, his temporary relocation is also likely to come from the government cougher.

Walz just scored a safe re-election in 2022, keeping his seat by a margin of seven percentage points. Many could assume the Governor sees this victory is a green-light for expensive renovation.

With Minnesota’s estimated budget surplus topping an incredible $17.6 BILLION, it is not the time to be putting money into more government projects. While Walz views the surplus as a good thing, taxpayers should be appalled that the government overcollected their tax dollars.

He should not be getting special rewards for stealing from the taxpayers. Walz should immediately demand that every penny of this surplus be delivered to the taxpayers. His proposed tax rebate pales in comparison to what the taxpayers are owed.

Elected officials are not royalty. If the Governor’s Mansion costs taxpayers millions to maintain, perhaps it is time to sell it off.