Walz Pats Self On Back In State Of The State Address

Walz Pats Self On Back In State Of The State Address 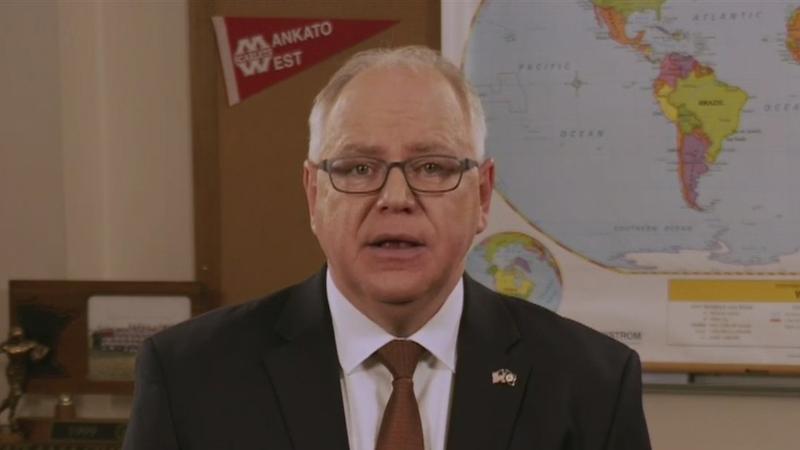 After initially postponing his State of the State address by a week due to the need to quarantine, Governor Walz delivered his virtual address from his former classroom at Mankato West High School.

The North Star Liberty Alliance team watched the broadcast so you don’t have to… and you didn’t miss a lot. Walz patted himself on the back for the “progress” made with his COVID-19 recovery plan, including a record number of 1.5 million vaccines distributed -- among the highest in the nation.

Here are some other key points from Walz’ address:

These are just a few of the more interesting points made during Walz’ speech. You can check out the full transcript by clicking here.

Over the course of his address, there was no mention of the attempts to repeal his emergency powers, nor the efforts to impeach him. Governor Walz is (not surprisingly) trying to suppress these efforts by pretending they don’t exist. He is of the mindset that if these big issues are ignored, they will simply go away.

Soon, Walz will need to face up to the damage that he has caused.

His misconduct ranges from keeping the people of Minnesota from peacefully assembling, to using the full force of the law on small business owners who are trying to keep their head above water. Because of Walz’ longest peacetime emergency in Minnesota history, the state economy may never fully recover.

Walz believes the solution to excessive government intervention is more taxing and spending -- as reflected in his budget proposal. After Walz' attempt to cover up the real damage going on, the public needs the reminder now more than ever what crimes Walz has gotten away with while in office.

If you agree, then sign on to the North Star Liberty Alliance’s Impeachment Petition.

Then, send this petition to your friends and family. Legislators in the State House need to see that impeachment is gaining traction amongst Minnesotans. Help apply pressure to your legislators and sign on now!