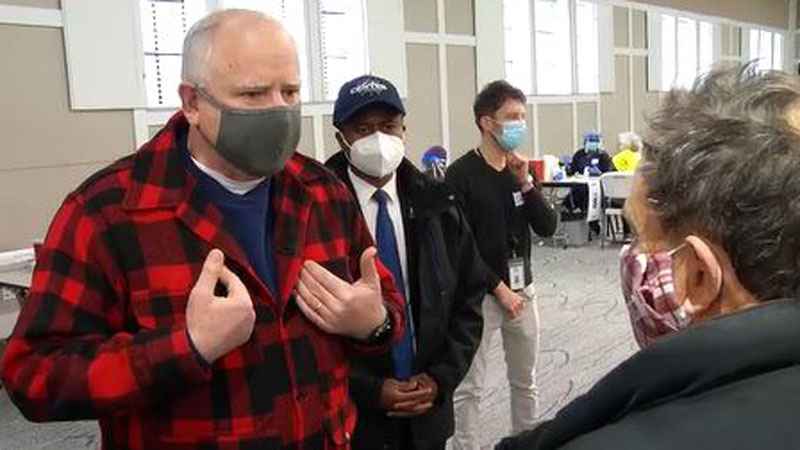 Governor Walz once again broke with an annual tradition on Saturday. After cancelling the fishing opener last year, Walz’ press team announced that he would be skipping the celebration to focus on budget negotiations in St. Paul. Coincidentally, protestors were prepared to meet Walz to air their grievances.

The fishing opener has served as an annual tradition in the state for over 73 years. It takes place in Otter Tail County, known to some as “rocks and cows” country.

You see, Walz knows that he is unpopular. After shutting down the state economy and locking citizens in their homes, it’s not difficult to understand why. If Walz took his job seriously, he would make an effort to talk with the people who disagree with him. After all, he is supposed to be a governor for all Minnesotans.

Nevertheless, the protests continued without Tyrant Tim Walz. Check out this clip from Alpha News

Legislators were very quick to note that the majority of budget negotiations have been handled over zoom. Reporters also noted that there were no budget negotiations scheduled for Saturday! All the signs point towards Walz chickening out and retreating to his cozy governor’s mansion in St. Paul.

If Walz is afraid to face a few patriots in Greater Minnesota, he surely must be worried about the growing efforts to impeach him. That’s right, the North Star Liberty Alliance is leading the charge against Walz. Have you put your name down on the official NSLA Impeachment Petition?

Even after the legislative session ends, NSLA will keep pouring the pressure on Walz. Sign the petition to show your support! When your State Legislator receives the next shipment of Impeachment Petitions, your name will be among the thousands that they have to read when weighing out their vote.