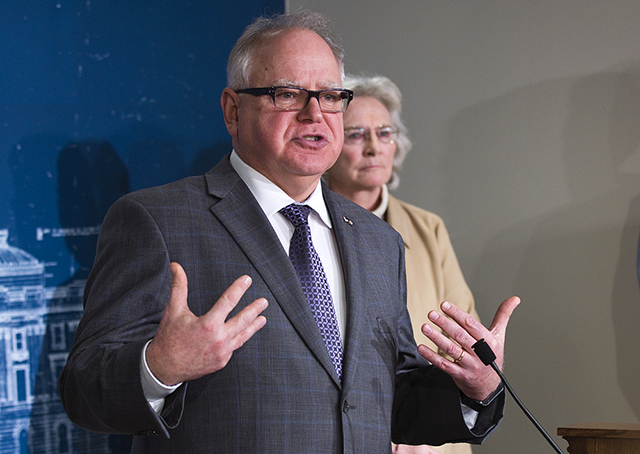 As soon as the last legislative session ended in July, talks of the next special session immediately began to fly. Unions and special interest groups alike have spent the last few months vying for $250 million worth of federal taxpayer dollars. Though Governor Walz initially agreed to call a special session to distribute the money to frontline workers, he is now showing hesitation thanks to grassroots efforts to hold him and his administration accountable.

There are now several priorities for the upcoming special session. Initial talks indicated that the session could be called in September. Clearly, we have missed the September deadline. With his backers demanding a piece of the taxpayer pie, many are left wondering what Walz is waiting for.

Thanks of the thousands of calls, letters, and emails made by activists like you, Senate Republicans are finally willing to stand up to Walz and demand something in return for this $250 million handout.

If a special session is called, Senate Republicans have indicated that they may take up a confirmation hearing on the disastrous Health Commissioner, Jan Malcolm. Commissioner Malcolm has advised Walz every step of the way through this pandemic. Advising him to do everything from lock down businesses, to push for mandatory vaccines.

Governor Walz is scared that if he calls a special session, one of his best friends will be fired from her job! Will you call your legislators right now and tell them to double down?

Contact Your State Senator And Tell Them To Pressure Walz, and Fire Malcolm!