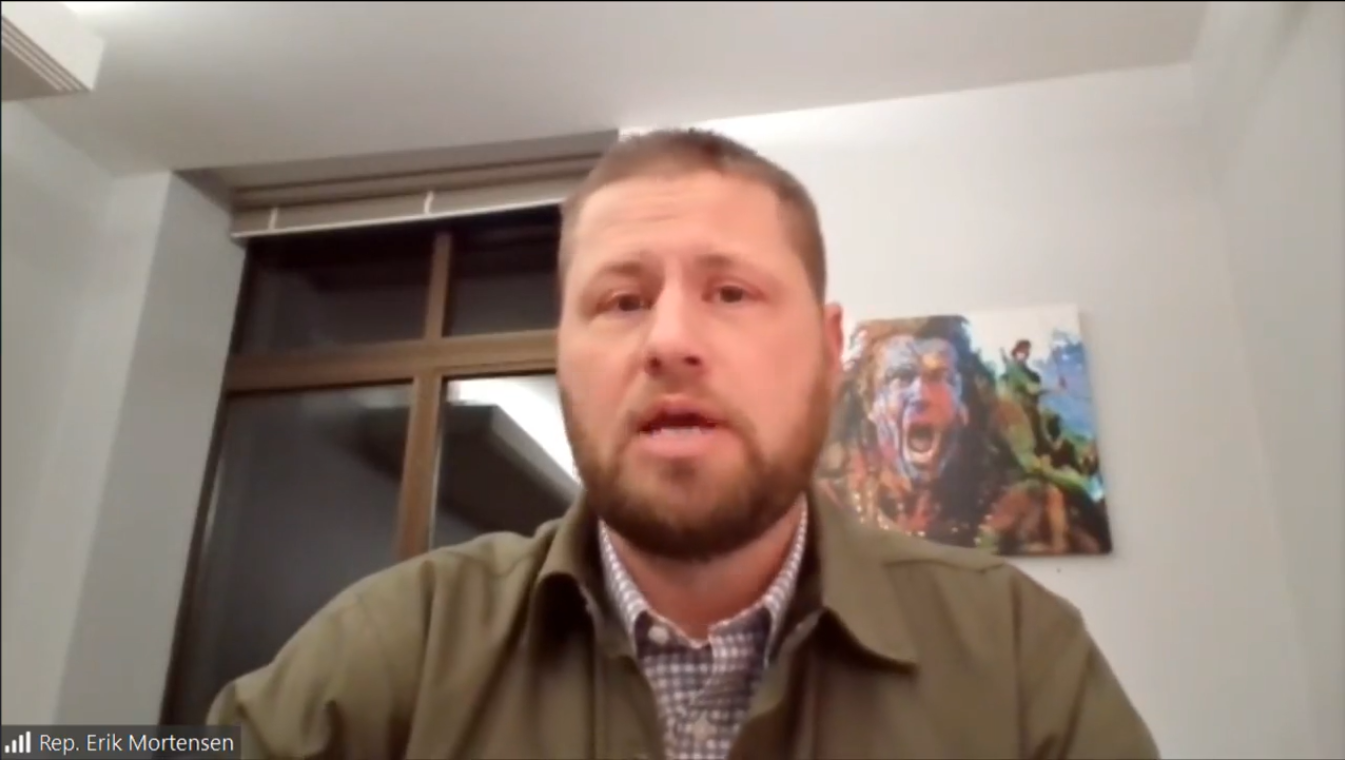 (Above) Representative Mortensen on a virtual townhall with constituents.

The day was March 23rd, 2020. It was gorgeous outside. The winter had melted away in St. Paul, and families around the state were excited to gather together to celebrate the first day of the year where the weather would be above 60 degrees.

That is, until “Tyrant” Tim Walz decided that would be a crime. That day, the Governor announced plans to shut down Minnesota businesses, and two days later, ordered Minnesotans to “shelter in place” for the coming 15 days.

This destructive edict from the royal halls of his majesty Governor Walz would later be renewed on April 8th, for an additional 30 days. 4 more weeks without work for Minnesotans, who already have had their rights trodden on for far too long.

Nine days later, Minnesotans protested peacefully to demand an end to the madness, but their cries fell on deaf ears. 4 days before the order was set to finally expire, his Holy Majesty and Liege Lord Walz extended the decretel, declaring his subjects must remain unemployed and housebound for yet another 2 weeks, now set to expire May the 17th.

May 18th rolls around, and Tsar Walz elects to dress up his tyranny, now calling it a “Stay Safe” act.

Through the end of May, then June, then July and August, then through the fall, and into the winter, Governor Walz unilaterally extended his emergency powers. The legislature REFUSED to get in the way of his royal highness, who continued to usurp the rights and livelihoods of Minnesotans from East Grand Forks to Rochester.

Anti-liberty RINO’s and DFLers alike allowed this tyranny to thrive unchecked, now for 10 long months. It was not until the early summer when Republicans saw that fighting against Walz' powers would be politically savvy (likely due to the fact Senator Paul Gazelka received a primary challenger).

There is a silver-lining to this cloud. In an apparent rebuke to Governor Walz and his tyrannical policies, voters ushered Erik Mortensen into the Minnesota House.

In a virtual town hall meeting on January 13th, Representative Mortensen shared that  nearly all  of the emails he received over the first week of the legislative session were about ending Tyrant Walz’ emergency powers. Walz’ emergency orders shut down Minnesota's economy for the last ten months,  causing the loss of nearly 200,000 jobs in Minnesota in 2020.

“I actually went back and tracked all of the emails I got over the first week of session,” liberty champion Erik Mortensen said, “and 93% of the emails were people saying ‘we need to bring the emergency powers to an end.”

Representative Mortensen introduced a resolution on his very first day on the floor to end the emergency powers of the tyrant Governor Walz, but says, “Unfortunately, the Speaker of the House chose to ignore some of the house rules, and railroaded the effort.”

Representative Mortensen has been fighting since day one to do what is right for the people of Minnesota, which is ending Tyrant Walz’ emergency powers.

The tyranny from the office of the governor, aided by a majority in the legislature that has no intention of doing its job, has steamrolled small businesses, and put thousands of Minnesota families out of work. It’s time we end these emergency powers.

Tired of the tyranny? Join us in our fight to impeach Governor Walz.