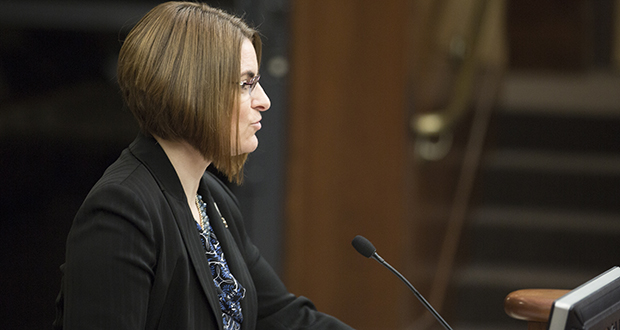 RINO Representative Marion O’Neill is bragging about her refusal to hold Governor Walz accountable. In an email to her constituents on September 28th, she told readers that she would NOT cosponsor Articles of Impeachment against Walz and that she continues to support bad legislation that would let Walz keep his ability to declare an emergency.

If O’Neill had her way, she wouldn’t address these issues at all! It is only after your countless phone calls, emails, and letters to your newspapers that she felt the need to defend herself. Check out her poor excuse for a response here.

In her email, Representative O’Neill gives her convoluted reasoning for her opposition to Impeachment. She claims that it would never get past the DFL controlled House of Representatives, and that if impeached, radical-left winger Peggy Flanagan would be elevated to the governorship. Thirdly, she claims that impeaching Walz would cause Republicans to lose the senate majority (wrong again, but more on that in a minute).

Let’s start with her first point. She won’t cosponsor a resolution that would hold Walz accountable because she believes that it won’t pass. Even if that were true (it isn’t), she did not apply this same logic when she cosponsored HF 643, a bill to ban abortions after a fetal heartbeat is detected.

This is an excellent piece of legislation, probably the one good bill that O’Neill has cosponsored. However, she surely must know that it cannot pass the pro-abortion DFL house. Yet, she cosponsored it anyway! Clearly, she is alright with cosponsoring legislation that faces steep odds. 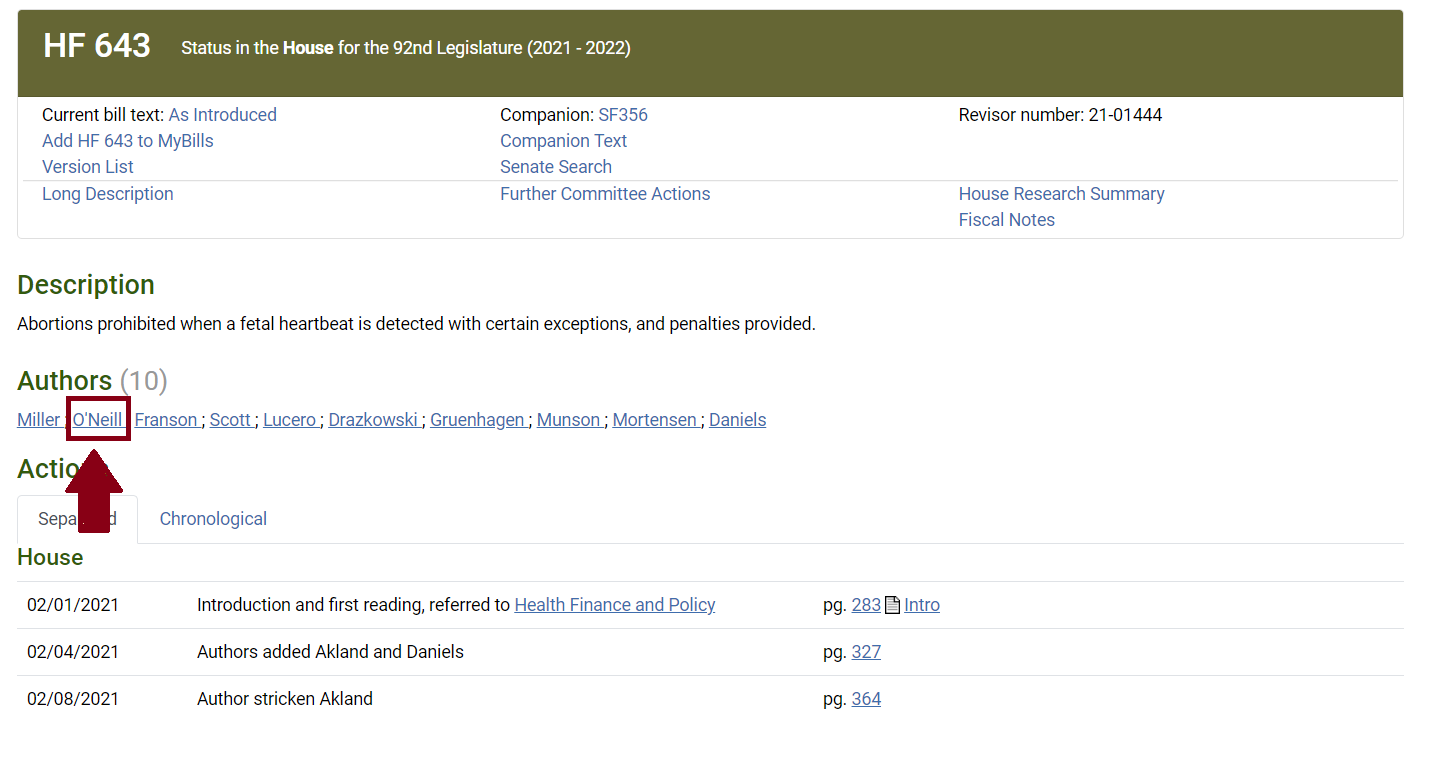 Even if the Impeachment Resolution faces steep odds, it does not mean it is impossible to pass. In fact, only 15 representatives need to say they want to hear the resolution for it to get a roll call vote. Once a vote is taken, legislators will be FORCED to take a position on impeaching Tyrant Tim Walz. Once legislators get a roll call vote – even if it fails – North Star Liberty Alliance will know for sure which legislators need to be targeted so that we can apply pressure and change their minds come the next vote.

Secondly, O’Neill claims that radical-left winger Peggy Flanagan will become Governor if Walz is impeached. This is true, but if there are enough votes to impeach Tim Walz, there are enough votes to impeach Peggy Flanagan. Thanks to the Minnesota Constitution, the Republican senate president would be elevated to the lt governor position, and then the governor position once Flanagan is impeached.

Thirdly, the representative claims that because the Republican senate president will be moved to lt governor, the GOP will lose their narrow majority in the senate. This is blatantly false, and she knows it.

When lt governor Tina Smith was appointed to the United States Senate in 2018, then-senate president Michelle Fischbach was promoted to lt governor. A few short months later, Fischbach was replaced in the state senate with a special election, where Jeff Howe took the seat with 57% of the vote.

SHOW YOUR SUPPORT FOR IMPEACHMENT BY SIGNING THE PETITION

As to expand upon the fact that she’s a conservative faker, Representative O’Neill continues her email by saying she supports one of the weakest pieces of legislation to reform Governor Walz’ ability to declare an executive emergency.

“I am a co-author on multiple bills aimed at reining in the Governor's emergency powers and addressing the restrictions he imposed throughout the course of his emergency powers declaration. One such bill is by Rep. Steve Green, HF101, which would allow a governor to declare a state of emergency for up to seven days.”

HF 101 is a bill that would propose a constitutional amendment that would put Walz’ ability to declare an executive emergency into the state constitution! There are two glaring issues with this proposal.

She goes on to attack Representative Mortensen’s HF2204, AKA the “Never Again” bill. She again uses the excuse that it cannot pass the DFL house, even though curbing executive authority should not be a partisan issue! Surely DFLers will want to limit executive authority on the good chance that a Republican wins the governor’s race next year.

When passed, Representative Mortensen’s “Never Again” bill will ensure that:

This is the best legislation to restore a system of checks and balances in Minnesota. It has also proven to be very popular among grassroots activists. Unfortunately, Representative O’Neill has decided that she will not support it.

RINO Representative O’Neill ends her email by asking constituents to reach out to her with their concerns. Perhaps you may have some concerns after reading this article. Feel free to give her a call and send her an email. 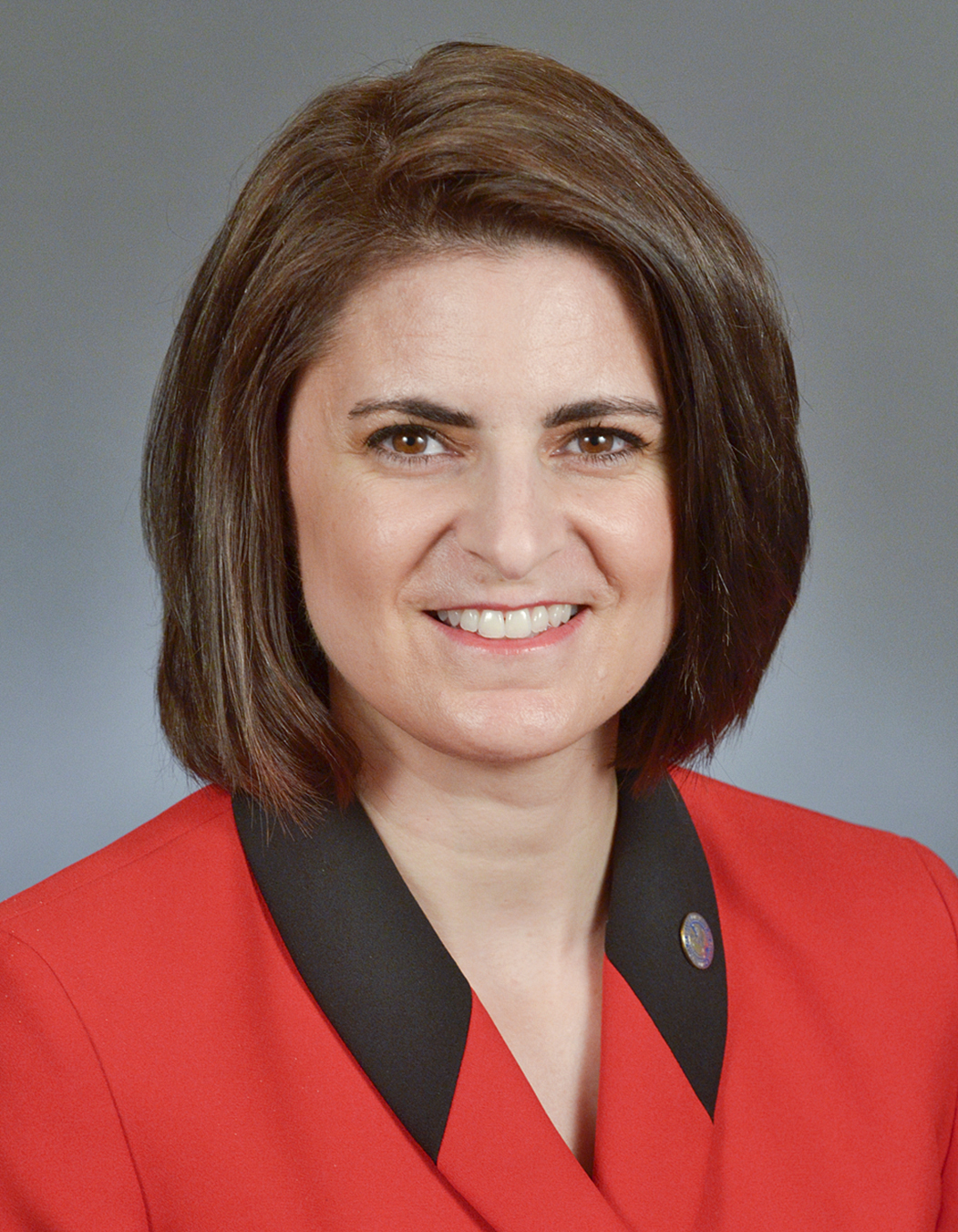