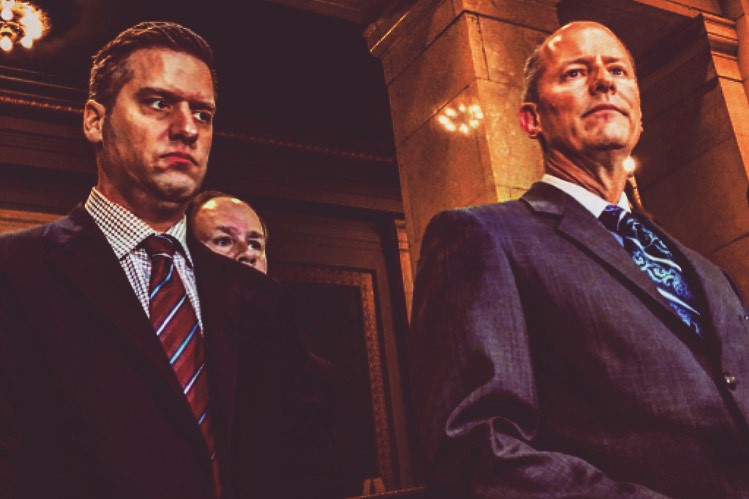 Republicans in the legislature claim they are eager to take away Governor Walz’ “emergency” powers, but they don’t seem to care where that power goes. If Walz signs on to the RINO reform proposal, Health Commissioner Jan Malcolm -- an unelected bureaucrat -- would be calling the shots in state government.

At a press conference held this morning, Senate Majority Leader Gazelka and House Minority Leader Kurt Daudt announced that they will begin pushing for emergency powers reform in the upcoming special session.

This sounds like great news… until you read beyond the title of the bill.

House File 2640, was introduced in the House by Representative Barb Haley and carried in the Senate by Senator Jeff Howe. This garbage proposal shifts full and complete authority to declare a “public health disaster declaration” from the Governor, to an unelected bureaucrat. Instead of firing Jan Malcolm as they have flirted with for months, Republicans want to promote her to Governor!

If passed, this bill would give the Minnesota Commissioner of Health total and complete control to implement the same type of sweeping lockdowns that Minnesotans experienced last year. How would you feel about Minnesota’s equivalent of Dr. Fauci gaining full control over your freedoms?

Not only that, this bill only talks about COVID-19. What about COVID-21? What about the variants of the virus that may come along? This leaves the door wide open for more sweeping lockdowns off of a whim. At the press conference, Senator Howe flatly said, “This bill does not do anything to Chapter 12...if another event happens, another pandemic, tornado or flood, [the Governor] could declare another emergency”.

This is just as bad as HF101 that legislative leadership pushed earlier this year. That bill sought to change the governor’s powers from a state statute to a constitutional amendment.

RINO “conservatives” in the state legislature have been pushing these Fake Repeal Emergency Powers bills for over a year now. They don’t care about ending the emergency, they just want an easy bill that Walz will sign -- even if it doesn’t actually fix the problem!

Legislative leaders have hinted that Walz may be willing to sign it, giving them the fake victory they’re hoping to brag about.

Make these phony conservatives pay for their lies. Call and email their offices now and tell them to take their names off of this disgrace of a bill immediately.