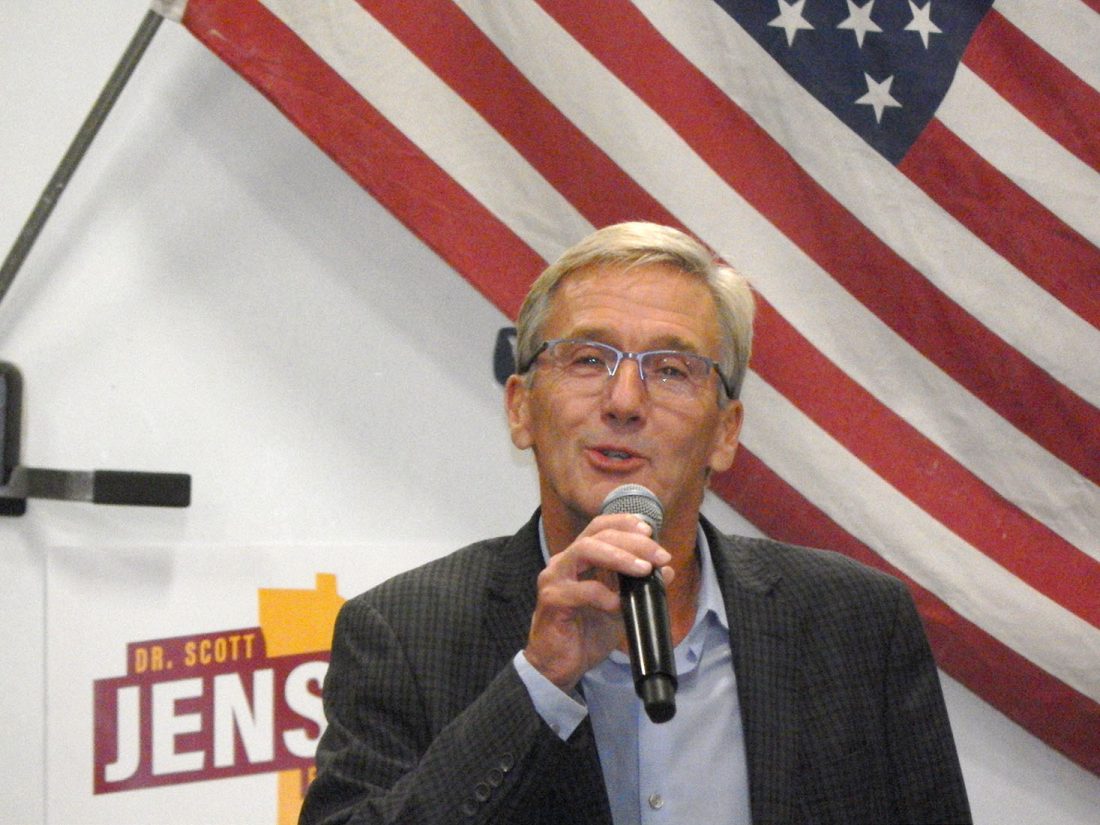 Image obtained from The Journal

Typical Politicians will always put the burden of responsibility back on the voters. When they can't pass a bill to accomplish an initiative, they’ll turn around and say that the people didn’t do enough.

Politician Scott Jensen is now a shining example in this swampy way. Since he has announced his run for governor, he has refused to sign any kind of political pledge for any group. He won’t put his promises on paper because he doesn’t want to be held accountable when he breaks them.

This has been clear with his refusal to sign the "Never Again" Pledge, which can be found here. The Never Again bill -- Introduced by Representative Erik Mortensen -- Is a piece of legislation that has caught the eye of liberty-minded activists across the state of Minnesota. Here are some of the bill's highlights:

In March, Scott Jensen attempted to explain his reasoning for his refusal to sign the pledge on the Omnibus Podcast. He claimed that while he supports the Never Again Bill, he will not sign on to the bill. Here are his quotes:

“Pledges are more of a way to corral you… In the next eight months I will probably have encouragement to sign some 30-60 pledges. I don’t think that’s the way a person should run.”

“I don’t think I could be more clear on the bill that you’ve co-signed, Jeremy, that I support it completely. Also, if the pledge said that I would, as governor, hold as one of the highest priorities – getting this done, I would sign that. If I were willing to sign pledges, which I am not.”

Scott Jensen is likely hesitant to sign pledges because he couldn’t keep them while he was a State Senator. After he signed the Minnesota Gun Owners Caucus’ pledge to oppose gun control measures, he turns around and co-sponsors Universal Background Checks in March of 2018. 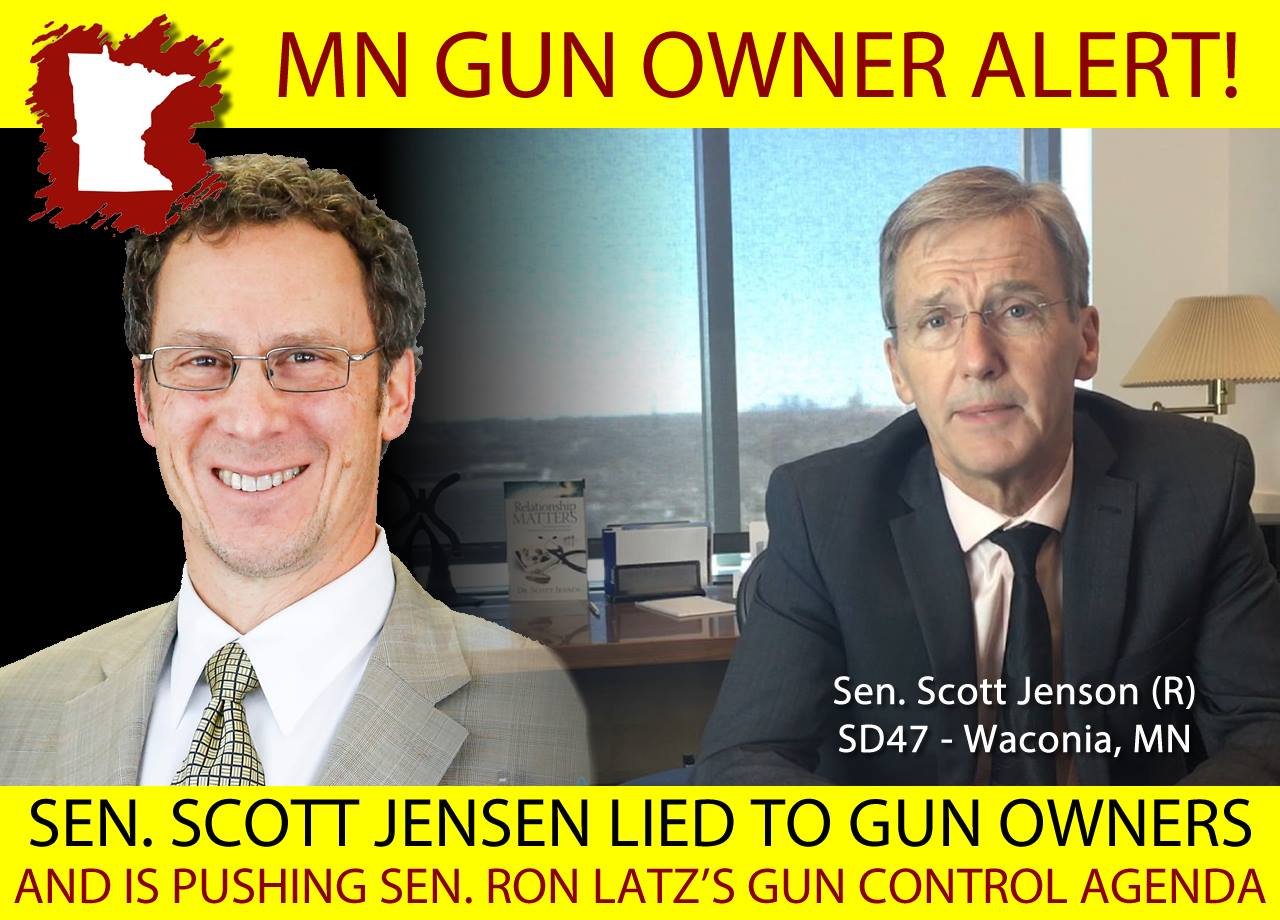 Now, his campaign is asking you to put your pen to paper in support of his initiatives. That’s right, he won’t sign pledges or petitions, but he is asking YOU to. 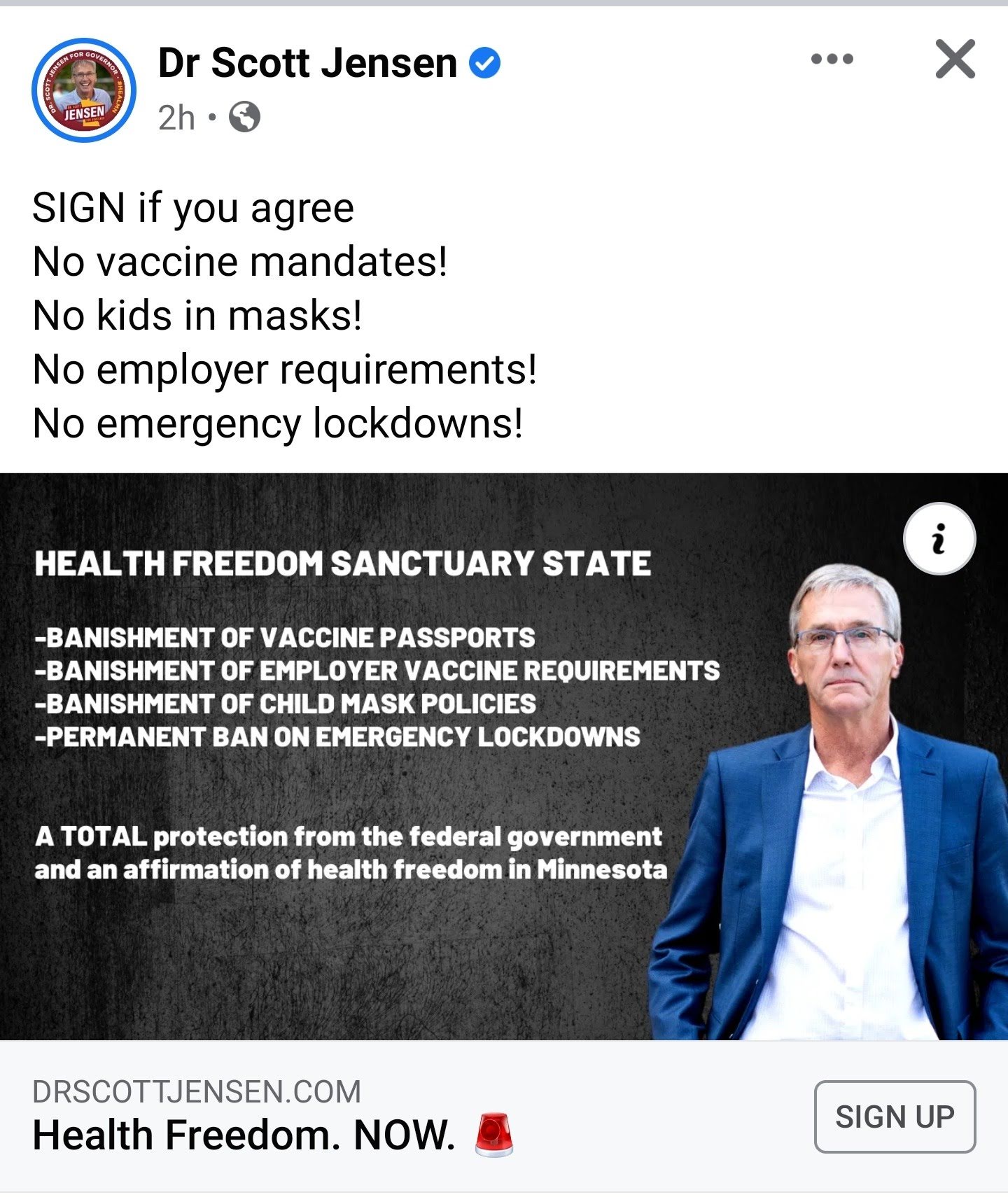 In a Facebook ad, Jensen’s campaign is collecting signatures for his “Health Freedom Sanctuary State” proposal, which you can read more about here.

Let me be clear, there is nothing wrong with circulating petitions. North Star Liberty Alliance does it all the time! The problem here is that Scott Jensen refuses to pledge his support for anything, meanwhile he’s asking you to commit your support to his legislation.

Why would you promise to support him when he won't promise to support anything you care about? Jensen has made clear that he doesn’t think he can keep his promises. That’s a big deal for conservatives who want to take back the Governor’s Mansion next year.

If he is looking to be a leader in the State of Minnesota, he must be consistent about what he believes. After his betrayals on gun rights and his refusal to commit to supporting any legislation that isn’t his own, it seems like that may be more and more difficult for him.