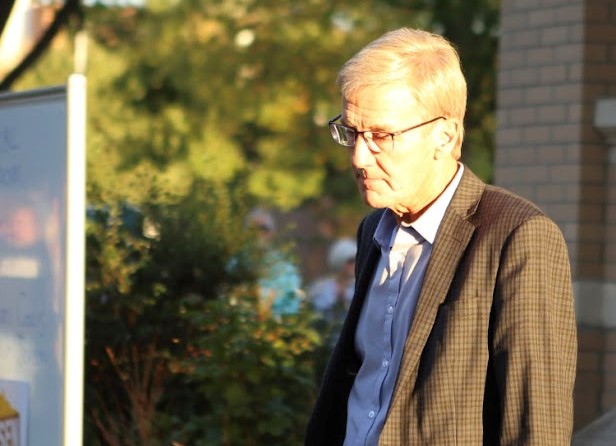 You and I both know that politicians will stretch the truth to fit in with their targeted audience. Gubernatorial candidate Scott Jensen is no exception. In a fundraising email sent out Saturday morning, Jensen claimed that he’ll “...never be the ‘darling child’ of the old guard political class.”.

Here's a clip from his Saturday morning email: 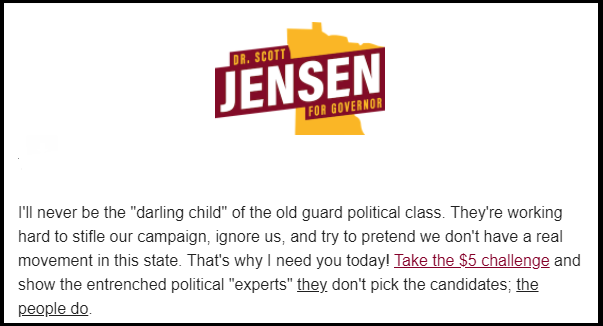 If this were true, why is Jensen teaming up with career politicians to promote his campaign?

On October 4th, Jensen had an event in Hutchinson parading in career politicians like Rep. Dean Urdahl and (elected in 2002) and Rep. Gruenhagen (elected in 2010) to speak to the crowd.

Gruenhagen is just one member of the St. Paul Swamp who has decided to sign on to Jensen’s “Non-Sanctuary Health Freedom Cover Bill”, which you can read about here. He is joined by Representatives Franson, Lucero, Poston, and Raleigh. Swampy Senators on board with this proposal include Koran, Abler, and Chamberlain.

For making loud anti-establishment claims, Scott Jensen sure likes to work with them.

Don’t even get me started about the fact that he got RINO Representative Pat Garofalo (first elected in 2004) to host an event for him later this week. 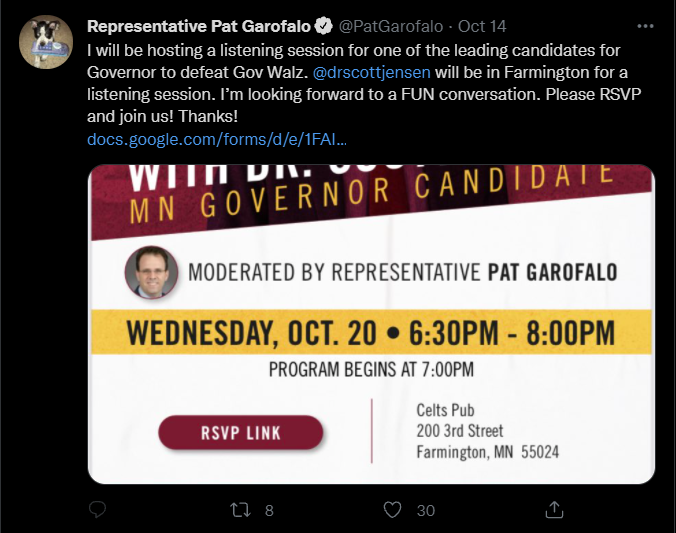 If you’ve been following Minnesota politics for a while now, Jensen’s flip-flopping should come as no surprise. We've seen this time and again from Scott Jensen. He's constantly saying one thing while doing another.

Recall when Scott Jensen put his name to a pledge against gun control when he campaigned for his state senate seat in 2016, only to co-author a universal background check bill barely two years later.

Groups like North Star Liberty Alliance and Action 4 Liberty made Jensen’s 2nd Amendment betrayal known to voters across his district. Many believe this to be the reason he opted out of running for re-election in 2020.

Even more moderate gun groups like Minnesota Gun Owners Caucus called him out on this:

You can say whatever you want about Scott Jensen. You may even believe him to be a nice guy… but that does not change the fact that he lied to voters in 2016 when he co-sponsored gun control. This is a fact.

With this rampant flip-flopping and blatant lies from Scott Jensen, how can conservatives trust him to be the champion that they’re looking for in St. Paul?